Official NFL app sprints onto Windows 10 thanks to Microsoft

We are barreling down the hill towards another NFL season. The first game of this 2016 NFL season begins this Thursday, and Microsoft is making sure it has its users covered. We reported about a grand scale NFL app hitting the Xbox One. The new Xbox One NFL app is bringing ‘next generation’ level analytics for fans as well a new age replay functionality. However, the audience for the Xbox One now pales in comparison to the growing crowd of Windows 10 users. Fortunately, with a little elbow grease and a lucrative partnership with the NFL, Microsoft has managed to create the NFL for Windows app for Windows 10 devices.
The Windows 10 app is almost identical to the Xbox One app except that users will not be able to stream live TV. The lack of live streaming on the Windows 10 app is understandable as users need to be connected to their cable providers for that level of functionality. As mentioned earlier, the feature that makes these new NFL apps stand out is “Next-Gen Replay”.  Next Gen Replay uses player tracking technology to let viewers see the big plays on an interactive 3D field. Here’s a list of more features listed on the Store: 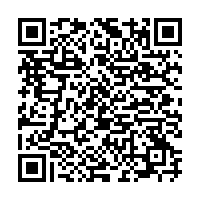 How to track your flights using Cortana in Windows 10