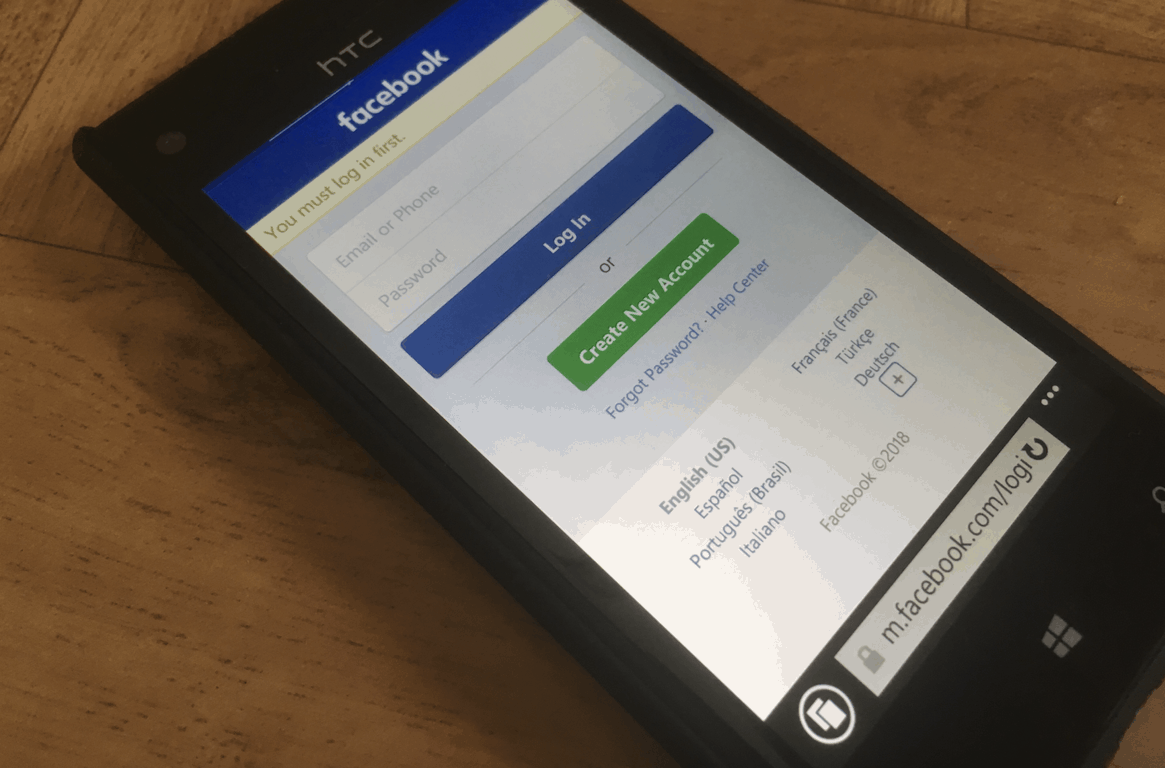 This wouldn’t be so bad if you could still use Facebook on your Windows phone via the mobile web, but all the top buttons of the Facebook web app appear to be unresponsive on Internet Explorer. As noted by All About Windows Phone though, using a third-party web browser such as UC Browser is a good workaround.

Even though Windows phones have become a rarity in 2018, the majority of handsets still in use are running Windows Phone 8.1, so Facebook dropping support for its mobile app is quite a big deal. Fortunately, Facebook hasn’t deprecated its WhatsApp Windows Phone app yet, and this one is actually still getting some frequent updates.