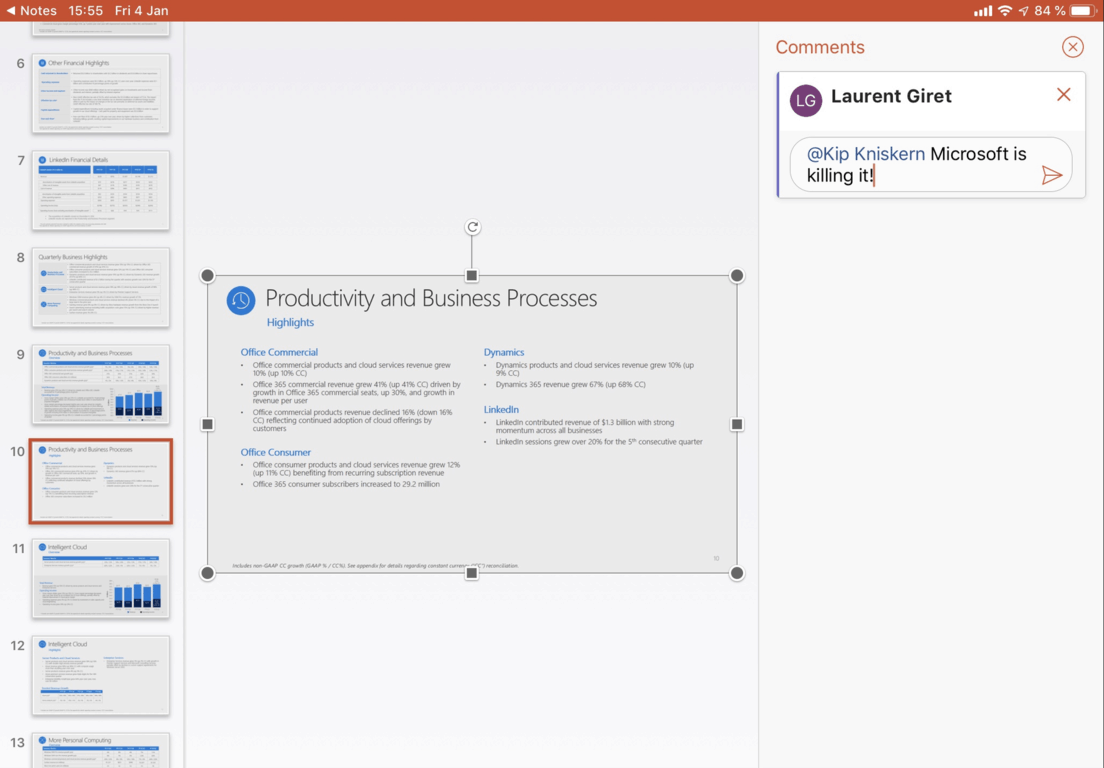 Microsoft's various Insider programs are getting back to full speed during this first week of 2019, and yesterday the Office team released new Insider builds for Word, Excel and Powerpoint on iOS and Android. In this preview of the January monthly update, the three mobile apps have gained support for @mentions, something that Microsoft previously introduced on the desktop.

iOS and Android #OfficeInsiders, @ mentions are beginning to roll out in the latest #InsiderSlow updates for PowerPoint, Word, and Excel! Let your co-workers know you need their help or input, right from the document you are working on! https://t.co/6ExEY3Umzu pic.twitter.com/cEW0J7ChQ2

Once you have downloaded the versions 2.21 (190101) for iOS and 16.0.11231.20010, you can try @mentions to collaborate in real-time (or not) with your co-workers. You can use @mentions to get someone's attention on a specific part of a document In Excel, but you can also use them in comments to communicate more effectively.

These updates should roll out to all Office Mobile users later this month. If you want to sign up for the Office Insider program, you can learn more information about how to join on this page.

Microsoft Stream, the intelligent video service in Office 365 is now available on iOS