Office for Mac is getting dark mode support on macOS Mojave 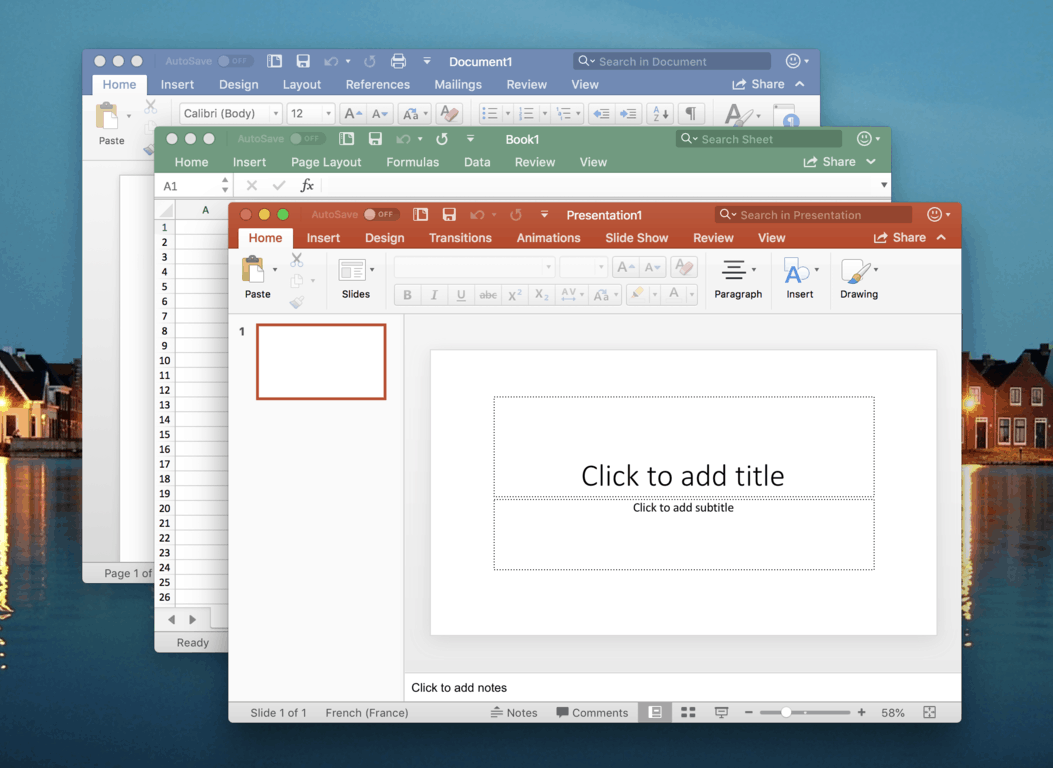 Dark mode support seems to be something that more and more app developers may have to care about going forward. On the desktop, both Windows 10 and macOS now have a system-wide dark mode which affects all native apps, but this dark mode doesn’t currently applies to user-installed apps like Microsoft Office.

Microsoft brought a dark mode to Office 2016 for Windows some time ago, but this is still something that users have to enable in Settings. Following the introduction of a new dark mode in macOS Mojave this year, Microsoft will also add dark mode support to its Office for Mac apps. As you can see in the GIF below, Microsoft took great care of small details like the Pictures icon in the Office ribbon which will displays a moon instead of a sun in dark mode.

Updated: Office Insiders in the Fast Ring can now try this new dark theme option by installing the latest Office for Mac build.