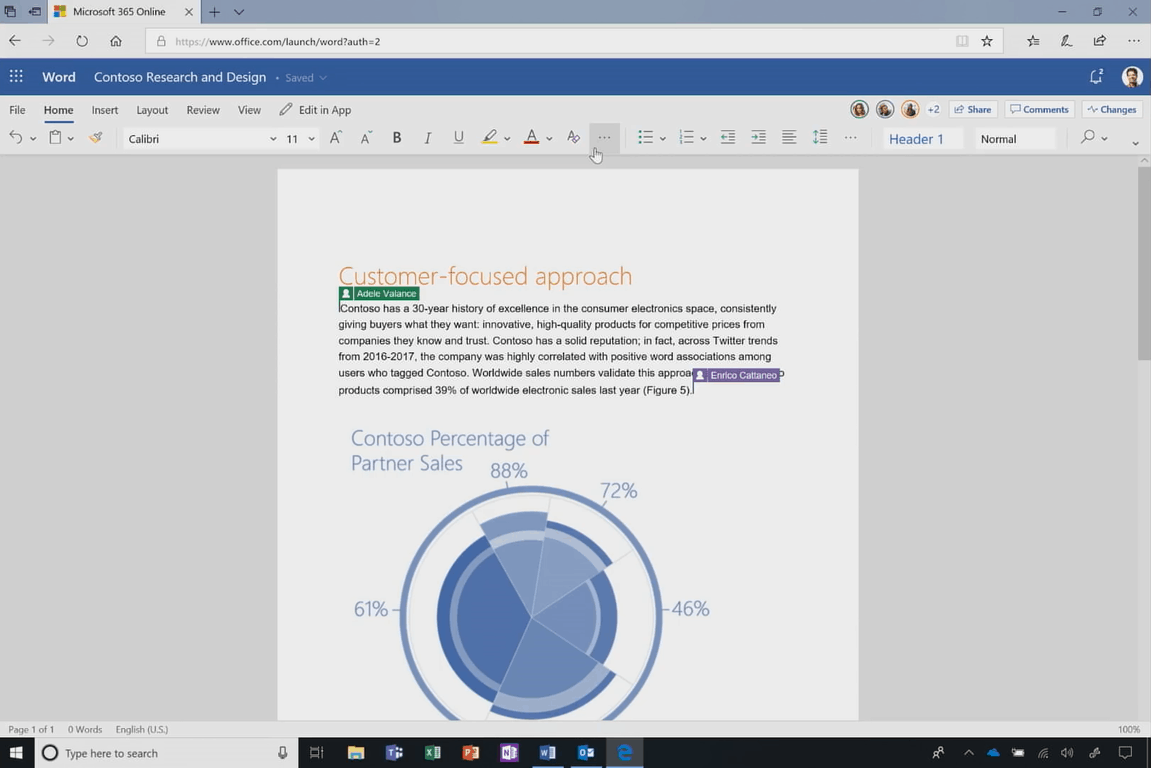 Microsoft today highlighted some upcoming changes for the Office 365 user interface. The changes are inspired by a "new culture of work" and will bring fluent design, a simplified ribbon, and search enhancements to the Office 365 experience. Gradually rolling out over the next few months, users should first expect to see enhancements to Word, Excel, PowerPoint, and Outlook. The updates will be exclusive to on Office.com and Office 365 and won't happen all at once, but instead tested in stages.

With the improvements to the Office Ribbon, users can expect a focus on working and collaborating with others in a more natural way. There's now going to be a more "compact" view for the ribbon, with a collaboration view in the top right corner. Users can also still expand the ribbon back to the classic three-line view if they see the need.

The improved Office ribbon will only roll out to Office.com starting today, with Insiders seeing it in Outlook for Windows starting in July. Microsoft says does not want to bring the new ribbon to Word, Excel, or Powerpoint physical apps just yet, as it doesn't want to make changes to disrupt the workflow in these apps.

Next up, with the new colors and designs, users can expect to see Fluent-Design inspired changes across the Office web apps. There will be new colors, icons, and new animations and reveal effects in ribbons. These will first appear in in the web version of Word for Office.com, and then roll out in later this month to the Insider versions of Word, Excel, and PowerPoint for Windows. Microsoft is also planning on rolling it out to Outlook for Windows in July, and Outlook for Mac in August.

Finally, is an enhanced search feature for Office 365 on the web. Microsoft is now making it so the search functionality can provide access to commands, content, and people. Users should also expect a "zero query search" when hovering over the search box, powered by AI and the Microsoft Graph. This feature is already available for commercial users in Office.com, SharePoint Online, and the Outlook mobile. Microsoft plans to roll it out to commercial users of Outlook on the web in August. 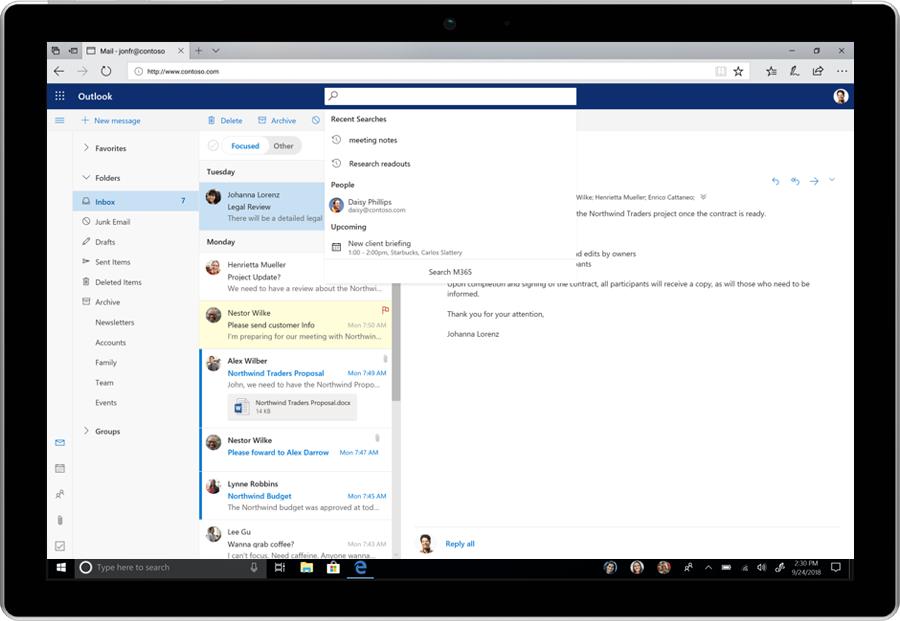 According to Jared Spataro, Corporate Vice President for Office and Windows Marketing, these latest changes are based on three guiding principles--- customers, context, and control. Microsoft will monitor the usage of these new features and will listen to feedback from users. The company will update designs as more feedback comes in, so best to try it out and help build the future of Office 365!