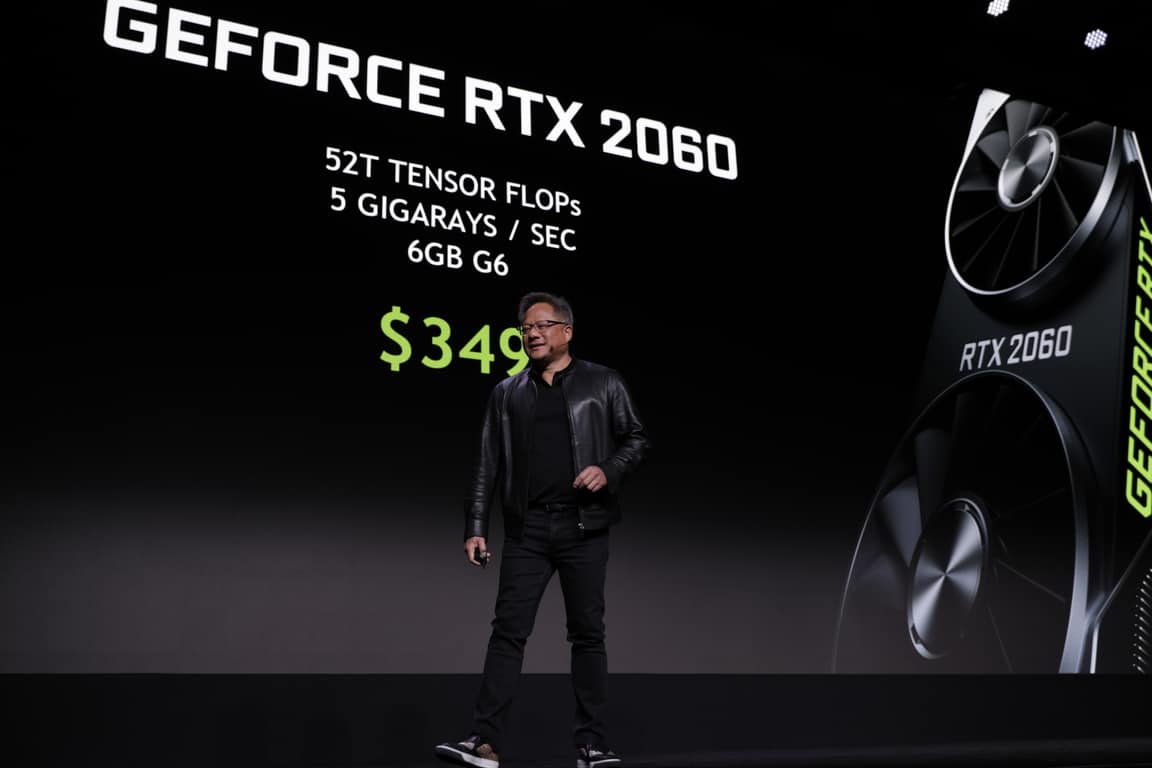 NVIDIA announced at CES 2019 the GeForce RTX 2060, its latest CPU using the company’s Turing architecture. With 6GB of GDDR6 memory and 240 Tensor Cores providing AI-enhanced graphics, NVIDIA says that the RTX 2060 is 60 percent faster than the prior-generation GTX 1060 on current titles.

“Desktop gamers are demanding, and the RTX 2060 sets a new standard — an unbeatable price, extraordinary performance and real-time ray tracing that blurs the distinction between movies and games. This is a great moment for gamers and our industry,” said NVIDIA founder and CEO Jensen Huang

The NVIDIA RTX 2060 will be priced at $349 and be available globally starting January 15. Thanks to a limited-time partnership with EA, consumers purchasing an RTX 2060 or a PC with the new GPU will be able to get Battlefield V or Bioware's upcoming Anthem game for free.

In a bid to compete with Amazon, Kroger teams with Microsoft on a connected store pilot program