NPR, which is a national public radio producer with member stations throughout the US, has been present on Microsoft's platforms since releasing Windows Phone and Windows 8.1 apps a little less than a year ago. Now, they've upped the ante by releasing a new Universal Windows App that deeply leverages the Universal Windows Platform.
The Windows blog spent some time working through the development process, starting with highlighting NPR's stakes in putting the app together:

“When we released the Windows app, we had an unanticipated spike in iOS and Android downloads, as well” said Ben Schein, Product Manager at NPR. “Seventy percent of NPR listeners use Windows devices, and we’ve seen a 50-percent increase in their listening time just since Windows 10 came out. And that was before we upgraded our app.”


NPR worked with developer InfernoRed in a fairly complex process to leverage the strengths of the UWP to make apps that worked both on mobile and larger screens.

“We’ve always strived to provide a simple, clean experience for users that doesn’t get in the way of them listening and getting to the content they want,” Schein notes. “Once we pivoted to think about that through the scope of displays as large as 20-30 inches, it gave us an opportunity to think about ‘simple’ through a different lens.”
While they are still looking for a better solution, they found a way to make a great user experience for their listeners by displaying a high-quality image when one is available, and a placeholder image when one is not. An example of their solution is below, the story metadata is displayed, non-intrusively inviting the listener to learn more.


The NPR One also leverages Cortana, working up some magic to make the personal assistant work well. Using some coding trickery to make the Cortana background task work with the background audio task, the team managed to come up with a nice custom solution. The result: Cortana works smoothly for controlling audio playback, with the ability to mark current and previous stories as interesting and utilize the various media commands such as "Pause," "Play," and "Skip" via Cortana voice commands.
Finally, the developers also enabled personalization features to follow users as they move from one device to another. This way, all personalization settings are tied with a user's Microsoft account and remain the same on all Windows 10 devices.
You can download the NPR One app via the link below on Windows 10 and Windows 10 Mobile devices. If you're a developer, head on over to the NPR site and check out the NPR One API to make your own apps leveraging NPR's content. 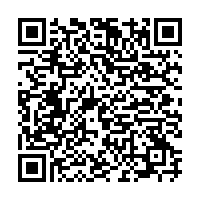