Now you can add Windows Timeline support to Google Chrome with this new extension - OnMSFT.com Skip to content
We're hedging our bets! You can now follow OnMSFT.com on Mastadon or Tumblr! 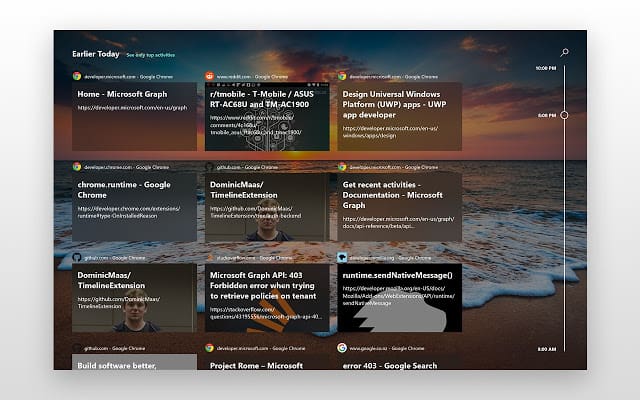 Microsoft recently added a new feature to Windows 10, Windows Timeline. The feature adds the ability to look back in time at what you were doing and continue where you left off. It acts as a hub of history of tasks you've done on your Windows 10 device.

While the extension is in beta, it already contains 3 main features that hook right into Windows Timeline:

If you're interested in using the extension, you can install Windows Timeline Support extension from the Chrome web store.