There is now a Google Play Music desktop app for Windows

Google should feel ashamed. Presumably tired with big G's reluctance to support Microsoft's OS in any meaningful way, a Windows desktop user has taken matters into his own hands and built a desktop app for Google Play Music, reports VentureBeat.
The third-party desktop software is a Flash-based open-sourced project from independent Australian developer Samuel Attard, and was first posted on GitHub in July this year. The software supports media control via supported keyboard, so if you have one, you can play/pause music and adjust volumes with only a few key presses.

"I was getting fed up with searching for the one chrome tab with Google Music open or having to have the browser open just to play music,” “So I made a stand alone application for Google Play Music." - Samuel Attard, independent developer, on Reddit.

The app has since been consistently updated, and now features Google's Material design, along with new functionalities like a settings window. There's also a web-wrapper for Google's other services, accessible from the familial 3x3 dotted-square icon on the top right. For the tinkerers or those who just don't like the looks, the source code is available for free under MIT open-source license at your coding pleasure, and can be downloaded from GitHub. 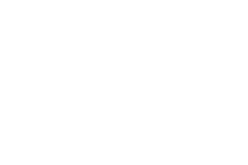 There have been other attempts at making a desktop client for Google Play Music, albeit only for older versions. So far, Attard's effort looks the most polished and up-to-date, so if you need your Google Play Music on your Windows PC without getting tied to the browser, it's the best choice to try out and enjoy.