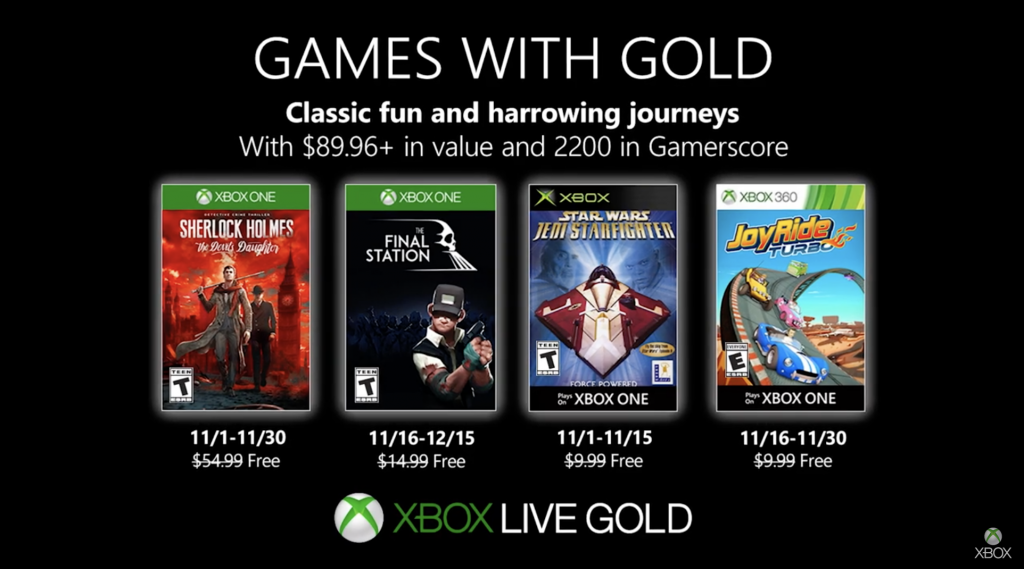 As the month of November is almost upon us, the Xbox team has just announced the new Games with Gold titles that will be free to play for Xbox Live Gold subscribers. Starting November 1, Sherlock Holmes: The Devil's Daughter and the OG Xbox game Star Wars: Jedi Starfighter will be free to grab on the Xbox Store.

Two other free games will follow on November 16 with the post-apocalyptic adventure The Final Station and the Xbox 360 racing game Joy Ride Turbo. Overall, these four games represent $90 in value and 2200 in Gamerscore, which is pretty nice.

If you haven’t done it yet, we remind you that you have until tomorrow, October 31, to grab Tembo the Badass Elephant and Ninja Gaiden 3: Razor’s Edge for free with your Xbox Live Gold subscription. Are you satisfied with the Games with Gold for November, or do you hope the Xbox team will do better in December? Sound off in the comments below.