Interestingly, the pattern of the last update cycle seems to be repeating — the bulk of the growth comes from people upgrading from an OS that was one release behind (October 2018 Update) and not the last release,” AdDuplex explained. 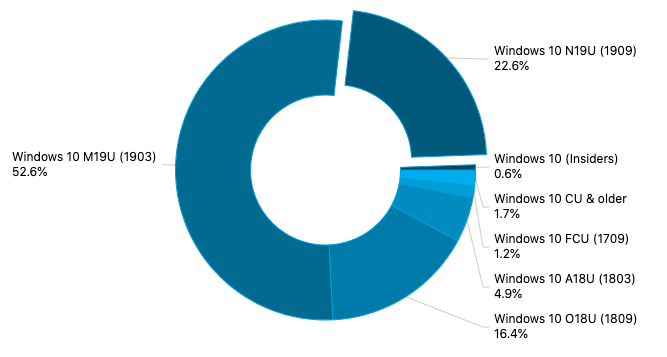 Last month, Microsoft announced that the November 2019 Update was now available for all Windows 10 users who manually check for updates. The company has also started to automatically upgrade users still on the October 2018 Update to the latest Windows release, as the October 2018 Update will reach end of support in May 2020 for Home and Pro users.

The November 2019 Update will likely become the most popular version of Windows 10 by the time Microsoft releases its successor later this spring. Windows 10 version 2004 (20H1) will likely be released in April or May, but you can already install it by joining the Windows Insider Slow Ring.

Microsoft is adding a "Garage" for "doers, not talkers" to Dublin, Ireland facility