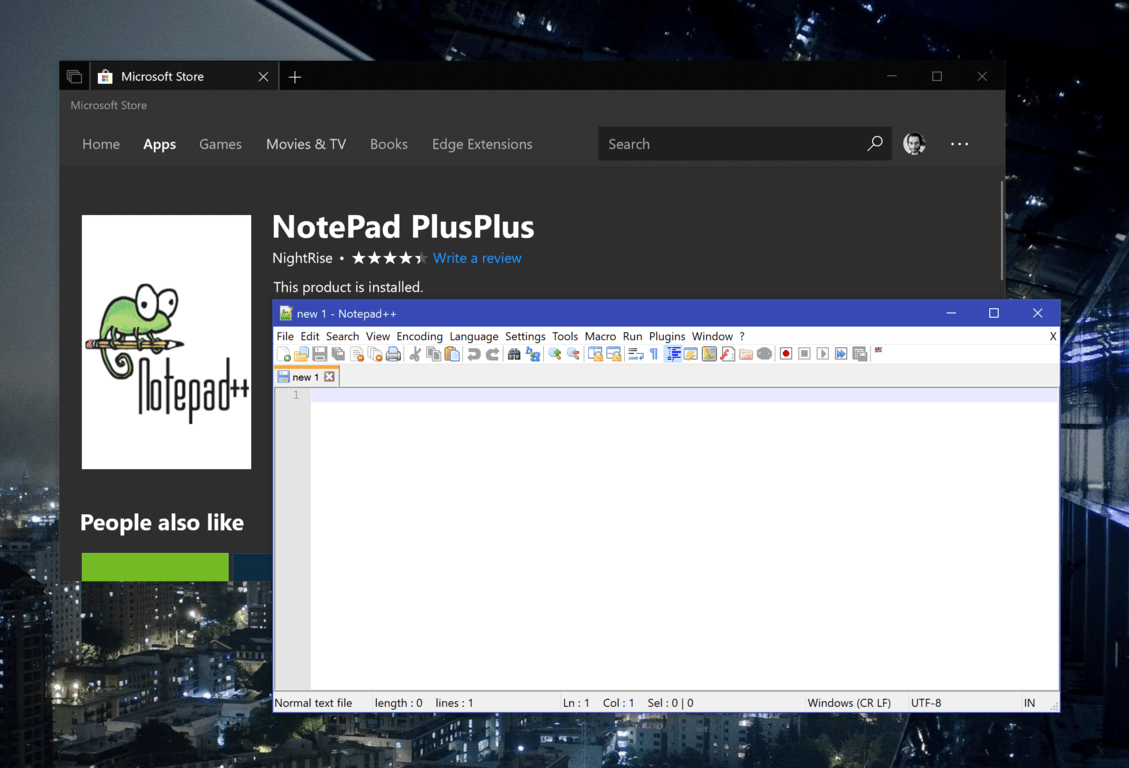 The app being available on the Microsoft Store means that it can be used on Windows S, and soon on Windows 10 in "S Mode." The regular version of Notepad++ receives frequent updates, and it remains to be seen if this unofficial release keeps up with the non-Store version. In the meantime, you can check the code and changes required for publishing on GitHub.

Despite a design that looks pretty bland compared to Fluent Design apps, Notepad++ has an entirely customizable interface and plenty of features for power users, including tab support. You can get the Microsoft Store version from the download link below.