We reported earlier on Microsoft’s aspirations to make the upgrading process of Windows 10, as simple and painless as possible for users. From revamping the upgrade notifications to updating the Media Creation Tool to enable an easier way to create DVD ISO’s and USB keys for Windows 10, the Windows team is rethinking the installation process.
Part of the Windows team’s evolved upgrading process includes a new wrinkle for what it calls ‘Non-Genuine’ Windows users.
In a lengthy announcement, head of Windows, Terry Myerson touches on the efforts non-Genuine Windows customers have gone through to get Windows 10. Based on the metrics the Windows team has gotten back from those efforts, he and his team are willing to try an experimental one-click opportunity to get a Genuine copy of Windows. Users will be able to go to the Windows Store to grab a valid copy of Windows 10 using an activation code they happened to purchase elsewhere. The experiment is only being opened to the US for now, but based on telemetry, the Windows team may scale it to other countries. 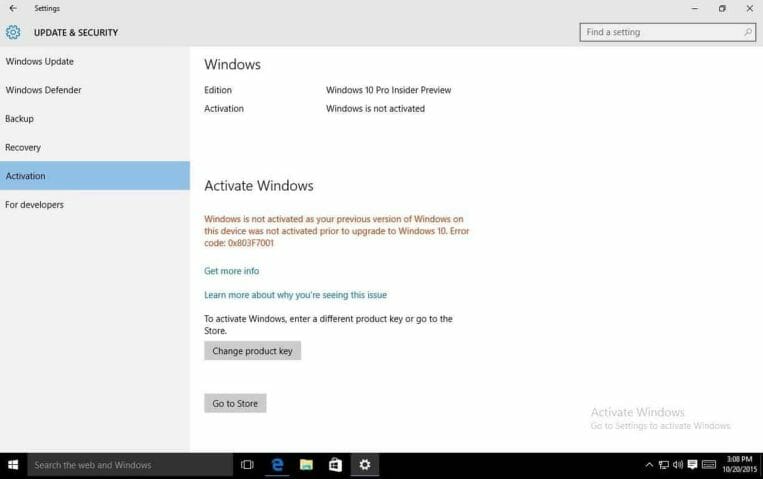 If this turns into a path for most customers to get Genuine, we will expand the experiment. We’d like to welcome as many of these customers as possible to the legitimate Windows ecosystem.”

As Microsoft races towards its ‘Windows 10 on a billion devices’ goal line, the company is looking for as many users as possible. Allowing Non-Genuine Windows users, a relatively simple upgrade path seems like a no-brainer for Microsoft.