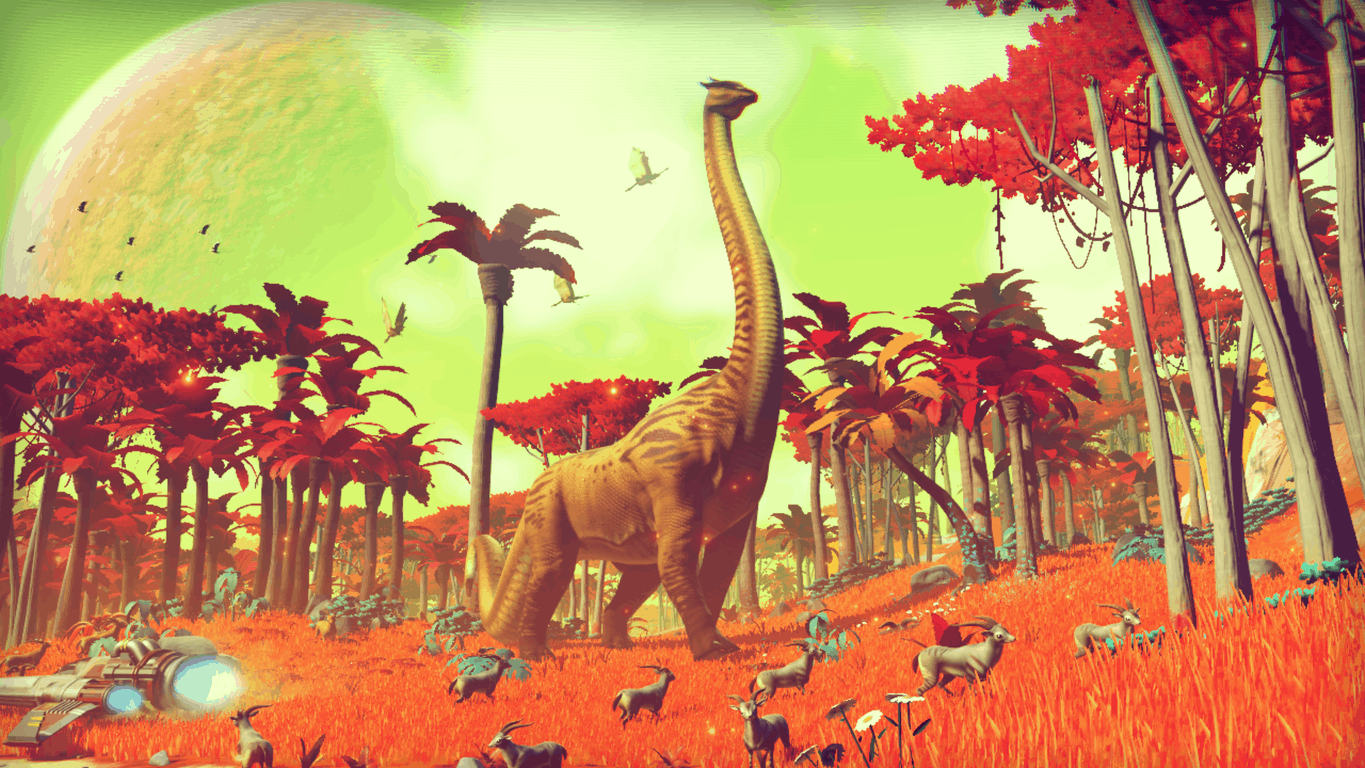 Interestingly, while the Italian listing says the game will come out on June 29th, the American product page says it will launch on July 31st. It's unlikely that such a major title would launch a whole month apart in different regions (though it has been known to happen) so at least one of these dates is likely a placeholder. No official release date has been announced as of yet beyond the broad "Summer 2018" window.

Here's the official game description from the American Amazon page.

No Man's Sky is an epic science fiction adventure set across an infinite universe, in which every star is the light of a distant sun, each orbited by planets filled with life, and you can go to any of them you choose. In this infinite procedurally generated universe, you'll discover places and creatures that no other players have seen before - and perhaps never will again. A mystery lies at the center of the galaxy, an irresistible pulse that draws you on an epic voyage to discover the true nature of the cosmos. Your journey will be charged with danger, encountering hostile creatures and fierce pirates, in order to survive you will need to prepare, upgrading your ship, suit, and weapons. Whether you choose to fight, trade, or explore, every decision you make has consequences, shaping your journey as you travel ever deeper into No Man's Sky.

No Man's Sky is a massive science fiction exploration game set within a universe that's procedurally generated as the player plays. The randomly generated worlds and their lifeforms were criticized for being rather bland when the game first launched on PC but further updates improved the graphics and added more features that improved on it quite a bit.

Are you excited for No Man's Sky on the Xbox One? Let us know in the comments below and follow us on Pinterest for more Xbox One video game news.