No Man's Sky is coming "soon" on the Xbox One - OnMSFT.com Skip to content
We're hedging our bets! You can now follow OnMSFT.com on Mastadon or Tumblr! 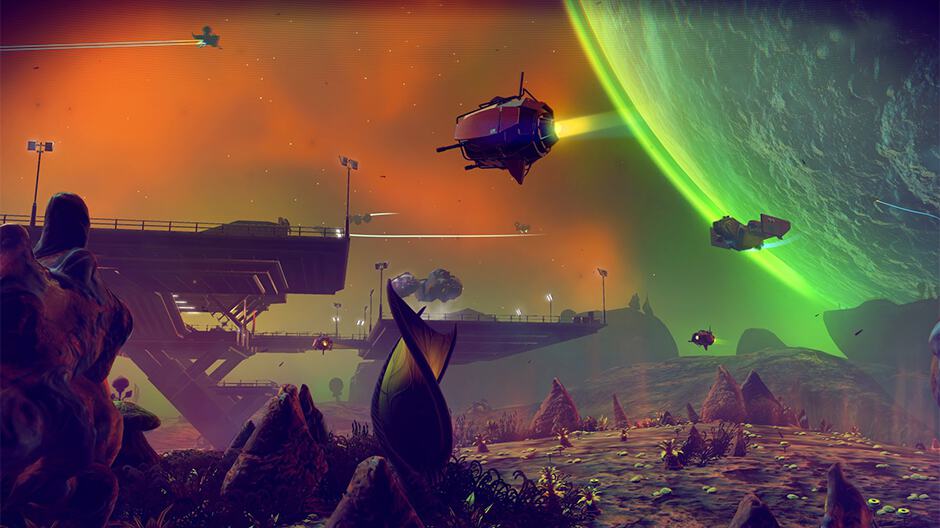 No Man’s Sky, the survival that game that launched on PlayStation 4 and Windows two years ago is coming to the Xbox One later this year. The game will be enhanced for Xbox One X with support for 4K graphics and HDR, and it will also come with all existing content.

Moreover, the latest major feature content update called Next will also be available on the Xbox One. “This is our biggest update so far, and something we’ve been working ridiculously hard on. And after its release, we’ll continue to support No Man’s Sky with significant and free content updates on Xbox One,” explained developer Hello Games.

No Man’s Sky was one of the most hyped games of 2016, though many initial reviews pointed out the lack of content. Hello Games addressed these complaints by releasing huge content updates in the following months. Atlas Rises, the latest major update added 30 hours of story, a new procedural mission system as well as a visual overhaul.

The developer said today that No Man's Sky was coming "soon" to the Xbox One, but there is no release date as of yet. Are you excited about the survival game coming to the Xbox One later this year? Let us know below.

LinkedIn will soon include auto-playing video ads in your Newsfeed