Ninja Turtles, SpongeBob, the Rugrats and more fight it out on Xbox consoles today

Nickelodeon All-Star Brawl is now live on Microsoft’s Xbox Series X and Xbox One console families. This family-friendly multiplayer title brings together a variety of popular kids cartoons, ranging from the Teenage Mutant Ninja Turtles and The Wild Thornberrys to Hey Arnold! and Rugrats, to create a chaotic fighting game in the vein of Nintendo’s hit Smash Bros series.

Nickelodeon All-Star Brawl supports up to four players in both online and local multiplayer matches and features 4K Ultra HD visuals with over 60 frames per second when played on an Xbox Series X console. The game also supports cross-buy and cross-play between the Xbox One and Xbox Series X (and S) versions which means that buying it on one console generation will unlock it on the other and players on both can play with each other.

Brawl it out as your favorite Nickelodeon characters in bombastic platform battles! With a power-packed cast of heroes from the Nickelodeon universe, face-off with all-stars from SpongeBob Squarepants, Teenage Mutant Ninja Turtles, The Loud House, Danny Phantom, Aaahh!!! Real Monsters, The Wild Thornberrys, Hey Arnold!, Rugrats, and more to determine ultimate animation dominance. With unique move sets and attacks inspired by their personalities, each character has an individual style of play enabling endless action for Nickelodeon’s legion of fans. Select your favorite and then let the intense brawls begin with online and local multiplayer action. 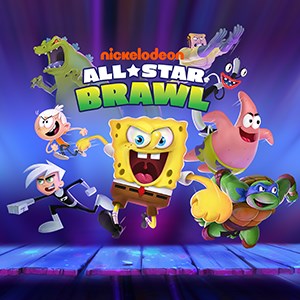