Ninja Gaiden 2, Fable 2 and four other Xbox 360 games are now Xbox One X enhanced - OnMSFT.com Skip to content
We're hedging our bets! You can now follow OnMSFT.com on Mastadon or Tumblr! 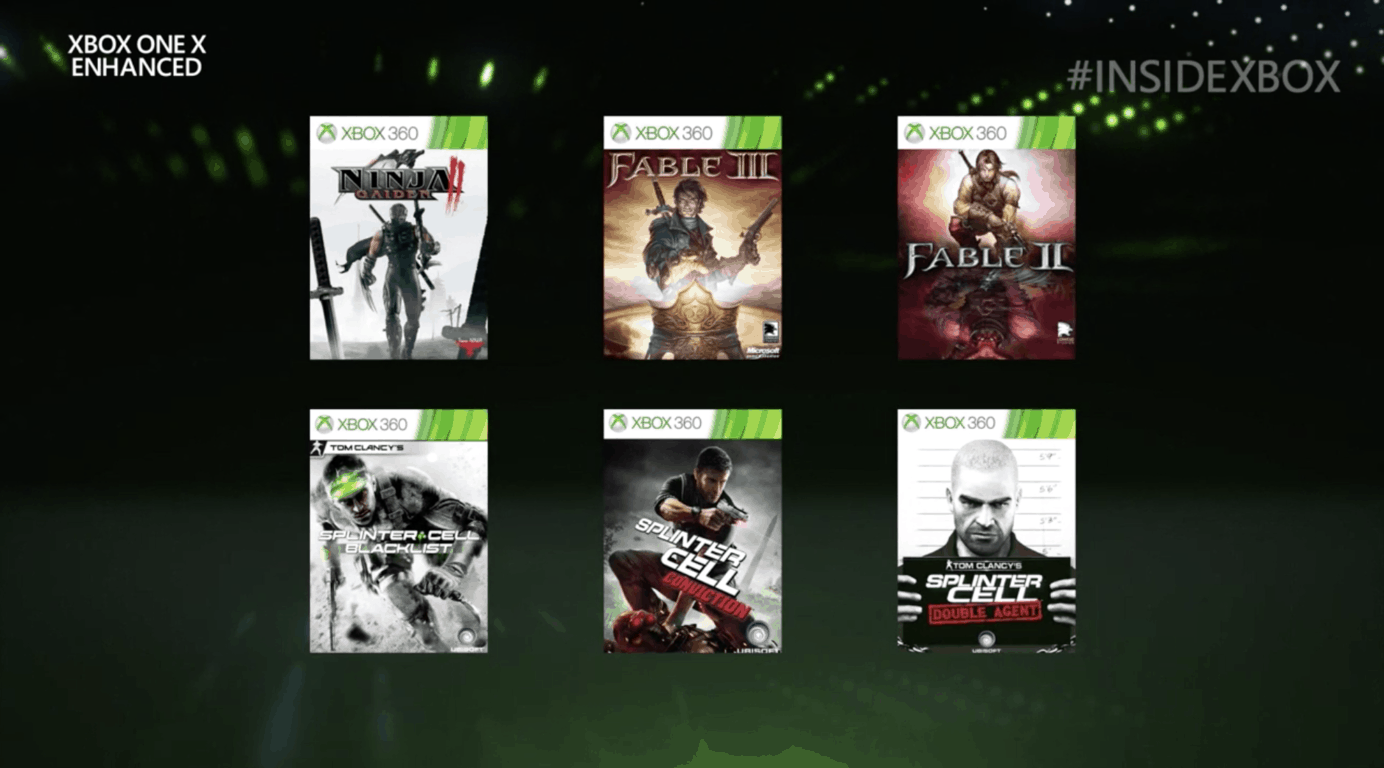 Tom Clancy’s Splinter Cell Double agent, Tom Clancy's Splinter Cell Conviction, Tom Clancy's Splinter Cell Blacklist, and Fable 2 and Fable 3 are now Xbox One X enhanced. This means that these games will now run in 4K on the high-end console, and Microsoft and its team of Xbox engineers are improving the pixel count on these titles without doing changes to the game's code. This is a great way to breathe new life into old-gen games, and the list of Xbox 360 titles enhanced for the Xbox One One X already includes several classics such as Fallout 3, Halo 3, Gears of Wars 2, or Final Fantasy XIII.

Microsoft regularly markets the Xbox One X as the best console to play games from the past, present and future, and Sony has apparently been paying attention. We got the first official details about the PlayStation 5 earlier today, and the next-gen console will be able to run all existing PlayStation 4 games thanks to its x86 architecture.