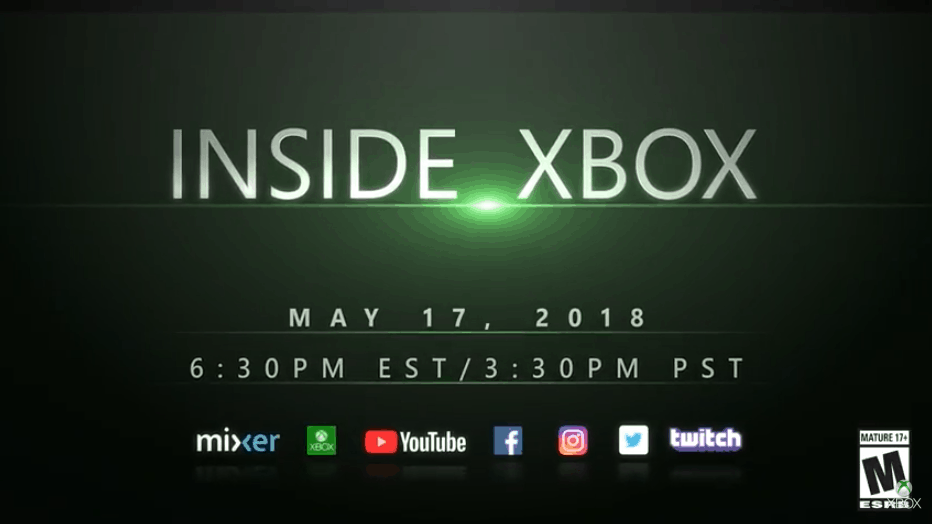 Inside Xbox, the new monthly live show for Xbox fans will be back next Thursday, May 17 at at 6:30PM EDT/3:30PM PDT. On Xbox Wire, the Xbox team teased that this month’s episode will feature “five hotly anticipated games, including breaking news, new feature announcements, exclusive gameplay and much more.”

A big part of this episode should be dedicated to State of Decay 2, the next Xbox exclusive game to be released on May 22. On this occasion, the Xbox team has planned “a gruelling and epic Escape Room experience inspired by State of Decay” featuring special guests Smosh Games, Leahvathian, MrRolfWaffles, MrDalekJD, and Xbox On’s Benny and Sam.

As for the "new feature announcements," we hope to hear more about the new Xbox Live Avatars, which were announced nearly a year ago at E3 2017. The redesigned avatars are not planned for the upcoming Xbox One 1805 update as of today, and there is still no ETA for the feature.

It remains to be seen if we'll also get some Xbox backward compatibility news, or an update about Xbox Games Pass. The episode 3 of Inside Xbox will air live on Mixer as well as Twitch, Facebook and Twitter, let us know in the comments if you plan to tune in on May 17.