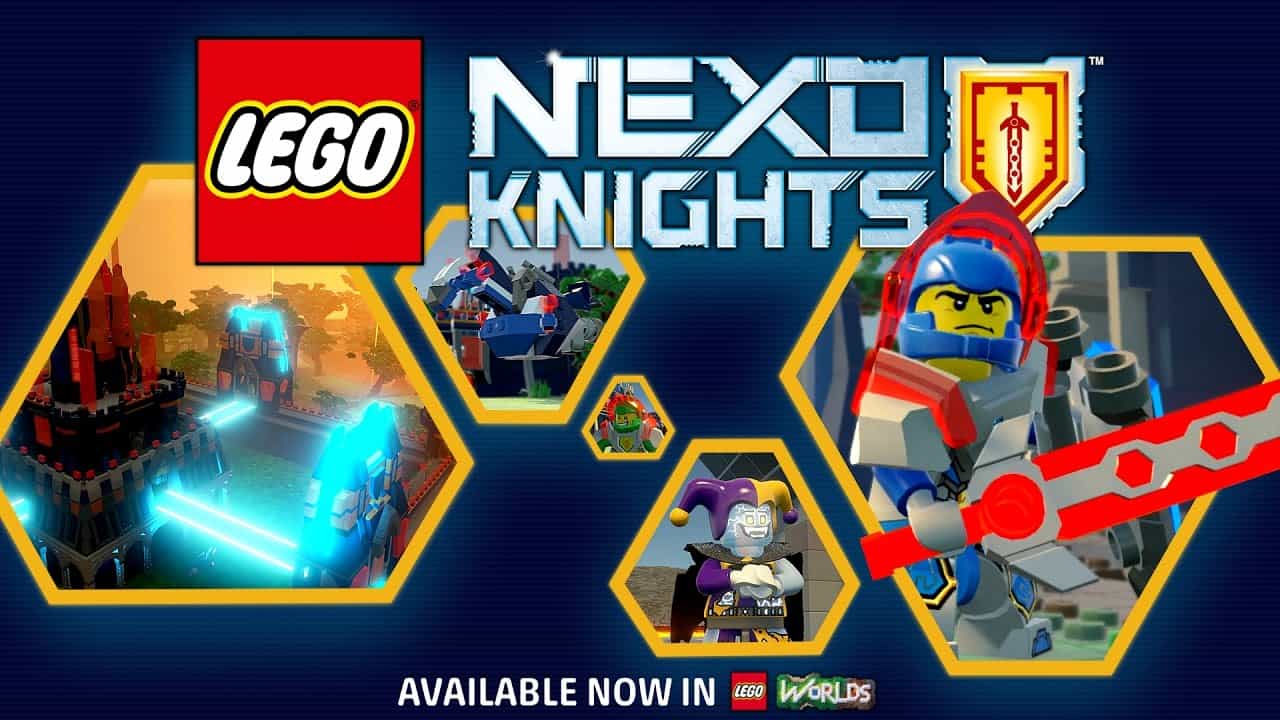 The LEGO brand has built itself up from being mere blocks for little kids to toy with, securing itself in television and video game presence. Now the popular brand is building on its featured title LEGO Worlds by adding content of their medieval TV series NEXO KNIGHTS to the game's content.

NEXO KNIGHTS are just what you'd expect: stereotypical heroes ranging from shield and ax to wielding a double handed claymore. In fact, these heroes are so stereotypical, that each name portrays pretty much their attack style, even though each gets a unique power in LEGO Worlds. There are also a handful of villains being added, to keep the balance of power.

And of course, in true LEGO fashion, there's a lot more new content to build with, letting you recreate the TV show's Knighton Castle or make your own creations. The possibilities are nearly limitless in LEGO Worlds.

The NEXO KNIGHTS are now available in game as of today, so if you want to try them out, boot up LEGO Worlds on your Xbox One, Playstation4, or PC.