NexDock wants to turn your Windows 10 Mobile device into a laptop with a new Continuum dock - OnMSFT.com Skip to content
We're hedging our bets! You can now follow OnMSFT.com on Mastadon or Tumblr! 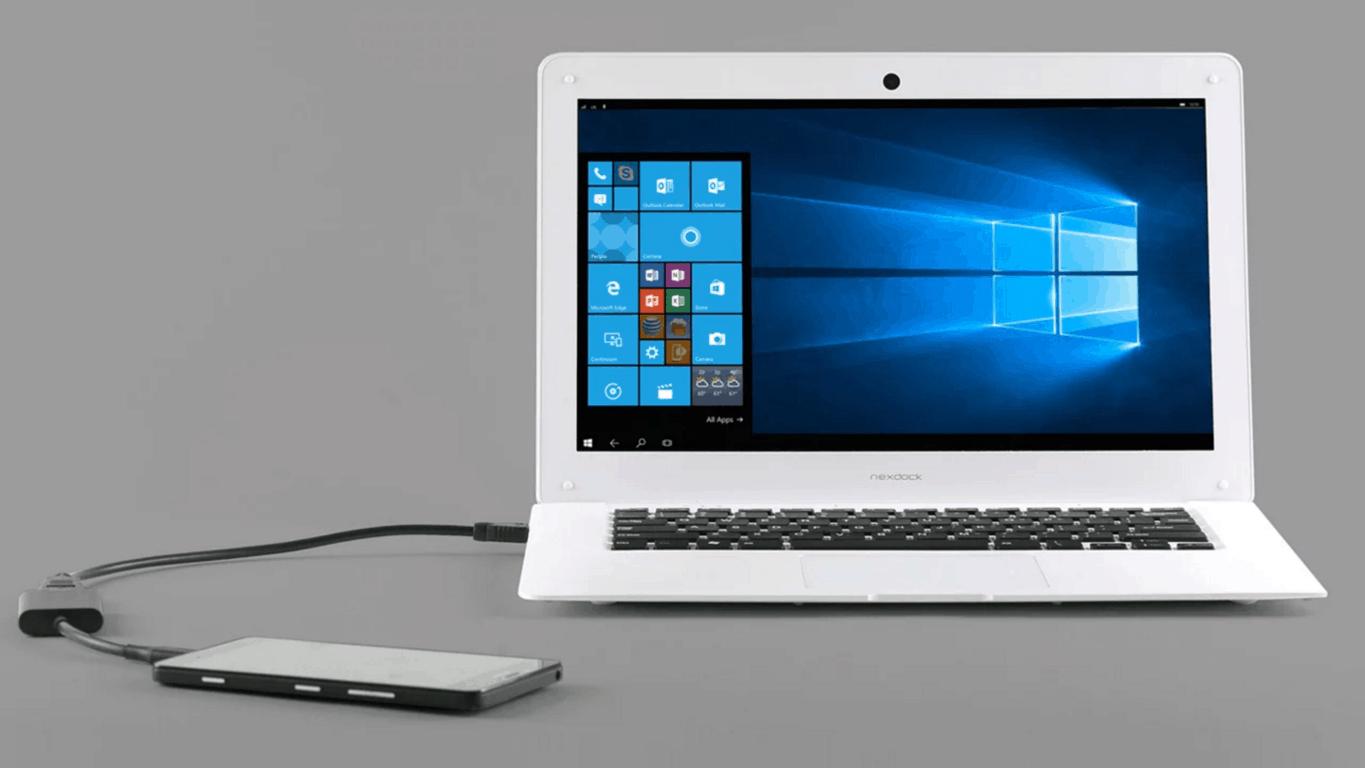 NexDock, designed by Nex, is currently the focus of a campaign on IndieGoGo to bring an order of units to mass production. NexDock employs the idea of a Continuum dock that works with most Windows 10 handsets including the Lumia 950 and 950 XL, Acer Liquid Jade Primo,rumored Alcatel OneTouch Idol Pro 4, and others to extend the touchscreen capabilities of the device. Continuum thus far has the ability to expand a users computing workflow with a mouse, keyboard, and larger monitor and only the phone to power the experience. While Acer has showcased its own custom Continuum dock for the Jade Primo, Nex is the first third-party to offer a dock to Continuum-seeking users.

NexDock looks to utilize Continuum for Windows 10 Mobile to enable real productivity with only a phone as a computing device.  In the shell of a 14-inch laptop is the possible success of an all-in-one Continuum solution.

With NexDock, users get a laptop-looking shell with a battery, display, and Bluetooth keyboard embedded, with an HDMI-In port along with a pair of full-sized USB ports. The dock allows connection via HDMI to a USB-C-to-HDMI adapter to function as a traditional Continuum dock would.  The video below offers a pitch for how handy the NexDock could be for users.

The trump card with NexDock seems to be, not only the familiar laptop form factor and its subsequent portability, but also that addition of an HDMI input port. The included port allows the device to extend the experience of not only Windows 10 Mobile-powered devices, but Windows 10 tablets and laptops to add a more usable or second display for productivity.

The device’s 14-inch display will allow users to have the traditional Continuum experience without needing to carry a separate mouse, keyboard, or monitor that have been traditionally shown with the feature. Continuum is great if the station is already equipped with this hardware and users need only bring their phone and their Continuum dock, but NexDock seems to be aiming for mobile productivity in a new way that looks crazy enough to at least work.

Nex is currently running an IndieGoGo campaign and there’s a chance you can snag your very own NexDock for as low as $79 as an early-bird supporter. Other NexDock prices include, the most expensive pre-order tier sitting at $119, while the retail cost according to Nex is going to be set at $149, both a great deal as well as a steal for this new attempt at a new technology. It’ll be worth following the Nex campaign through completion in about a month and its targeted shipment date of June of this year.

Amazon offers up some great deals on SanDisk memory