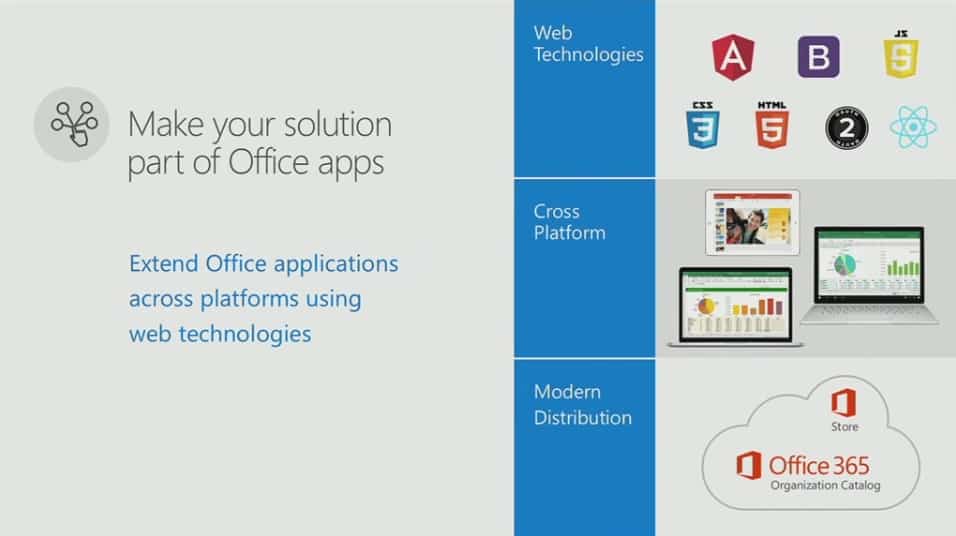 At Build this morning, Microsoft’s Office team announced they are releasing a new set of Office Tools on Visual Studio. These tools were demonstrated with services as different as Docusign and Starbucks building their own custom add-ins that can deeply reach into Office’s capabilities with simpler coding for developers.

These latest tools will make it easier for developers to build Office add-ins that have deeper integrations with Office cloud services, as well as more functionality for the add-ins’ ribbons and buttons in Office 2016 client applications. And the tools are also being extended to Office 2016 for Mac, extending the reach of Office 2016 apps and add-ins. The last half of the second day of Build is underway with a specific focus on Office, so stay tuned as the story develops.