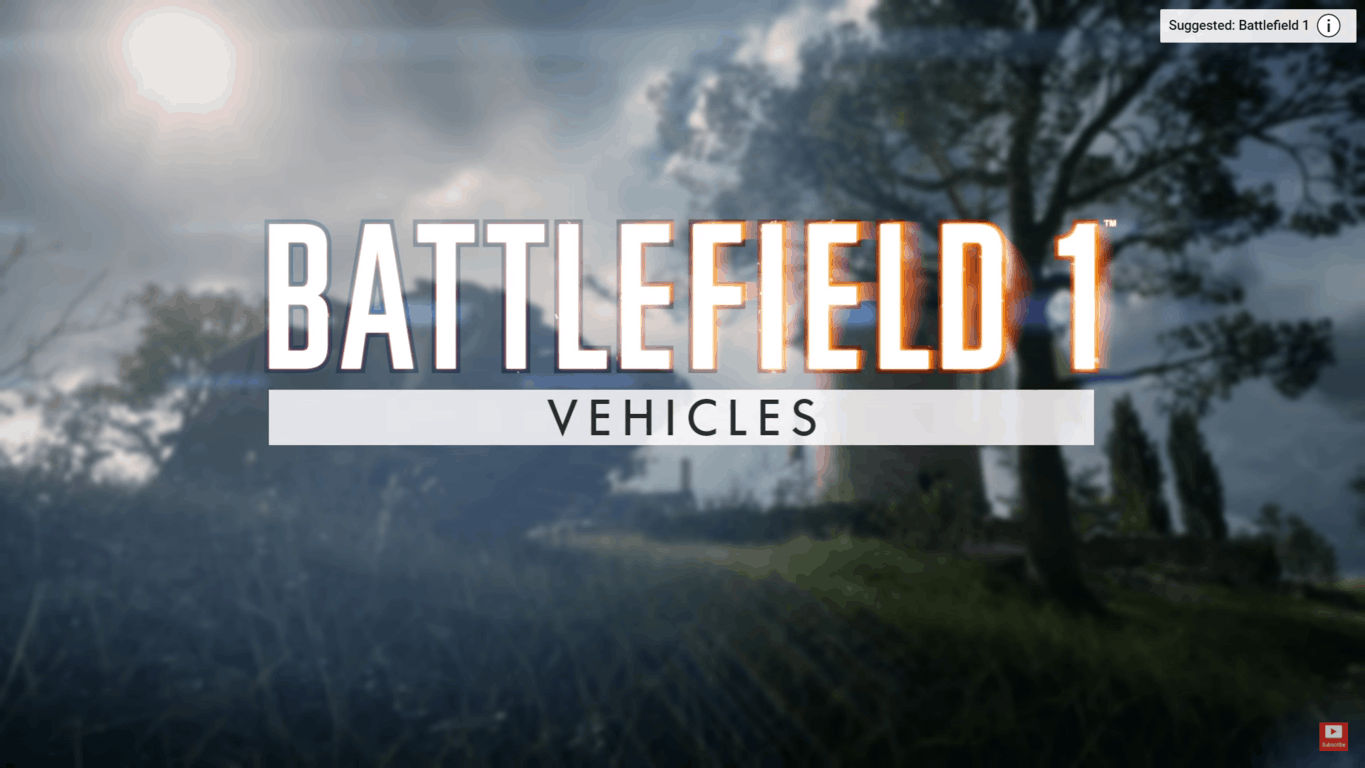 The Gameplay Series videos for Battlefield 1 continues to break the silence we've had of the upcoming title since E3. Last time, we were given a look into the weapons that would bring players up close and personal with their enemies. With today's uploaded video, the team is now showing off their massive airships and battling tanks as only some of the vehicles we'll be able to man in the game.

The powerful vehicles in World War 1 were shaped specifically for combat. Whether by sea, air, or land, many of them have been recreated with unique precision for Battlefield 1. Players can take the role of Tanker or Pilot classes to specialize in their mode of transportation and weaponry.

Tanks are aimed to become the powerhouse on the battlefield. Players operating in tanks will be strong and heavy, slow moving death machines. Some tanks will have multi-person gunners while others will not, depending on the model.

There is a total of three plane classes. Some of the loadouts will be more effective against ground targets while others can focus air to air combat, infantry control and more. According to the FAQ, air combat is more nuanced and refined than previous combat in other games in the franchise. There are two-seat attack planes and bombers ready to take off to the skies and turn the tides of war.

On top of all of that, Gamescom will pit players together in one of the new maps. The live stream will take place on August 16 at noon PT via Twitch. Don't miss your chance to watch the massive Battlefield Squads led by popular gaming personalities Stoddeh and Drift0r. A total of 64 people will face head to head combat live in Battlefield 1's new desert map to capture points, ride horses, and demolish all the things.

Battlefield 1 will be available for EA Access on October 18 on Xbox One. Pre-orders and bundles are available on the Xbox Store.

For $1200, you can buy this awesome portable Xbox One S mod