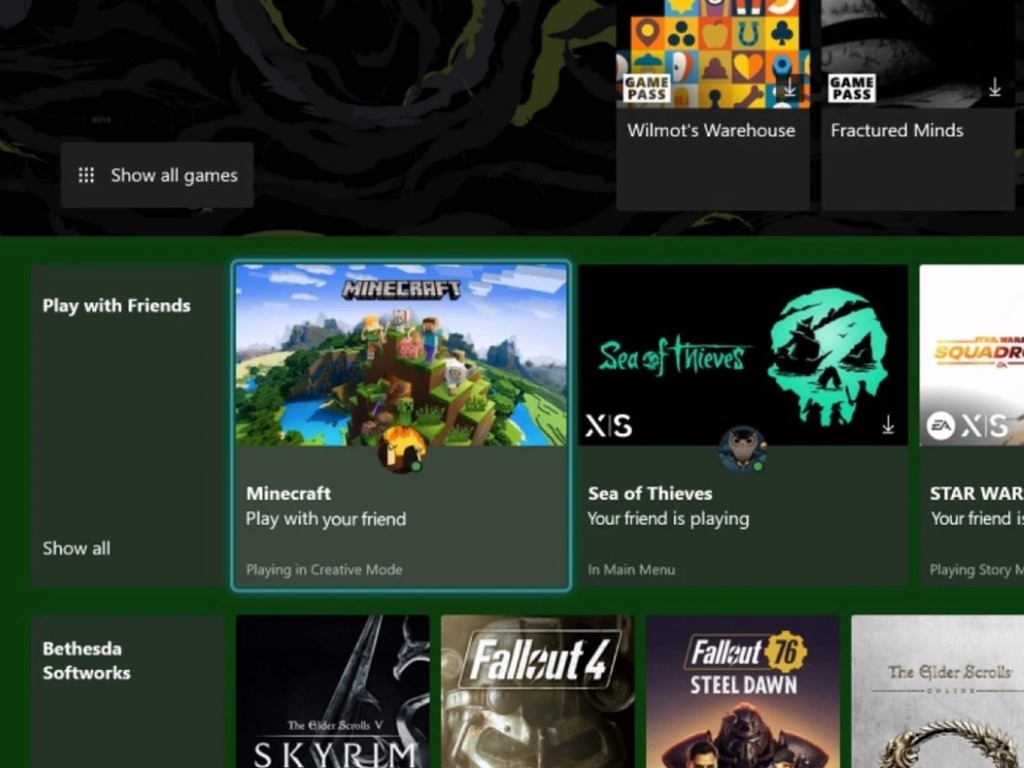 A new Xbox update is available today on Xbox One and Xbox Series X|S consoles, bringing improvements for Xbox Game Pass and game downloads. After installing this update, Xbox Game Pass subscribers will notice new game recommendations and collections in the Xbox Game Pass hub on the console.

The “Because you played” section will offer a curated collection of games based on your gameplay history, and there’s also a a new “Play with friends” section showcasing Xbox Game Pass games your friends are currently playing. Subscription services like Netflix have done a great job at recommending new content to watch to subscribers, and maybe Microsoft can do more here in the future by introducing a like/dislike system for Xbox Game Pass games. The second new feature coming with this update is the ability to suspend active games to improve download speeds for your games installing in the background. On Xbox Series X|S consoles, suspending a game won’t prevent Quick Resume to work, meaning that you can still jump right back into your game after suspending it.

Last but not least, Microsoft has recently brought back achievements to the Xbox app for iOS and Android, but more improvements are coming later this month. "Starting today, select gamers can check out monthly leaderboards to see how you rank against your friends. We’ll also be adding the ability to view achievements on game detail pages to help track your progress," the Xbox team said today.