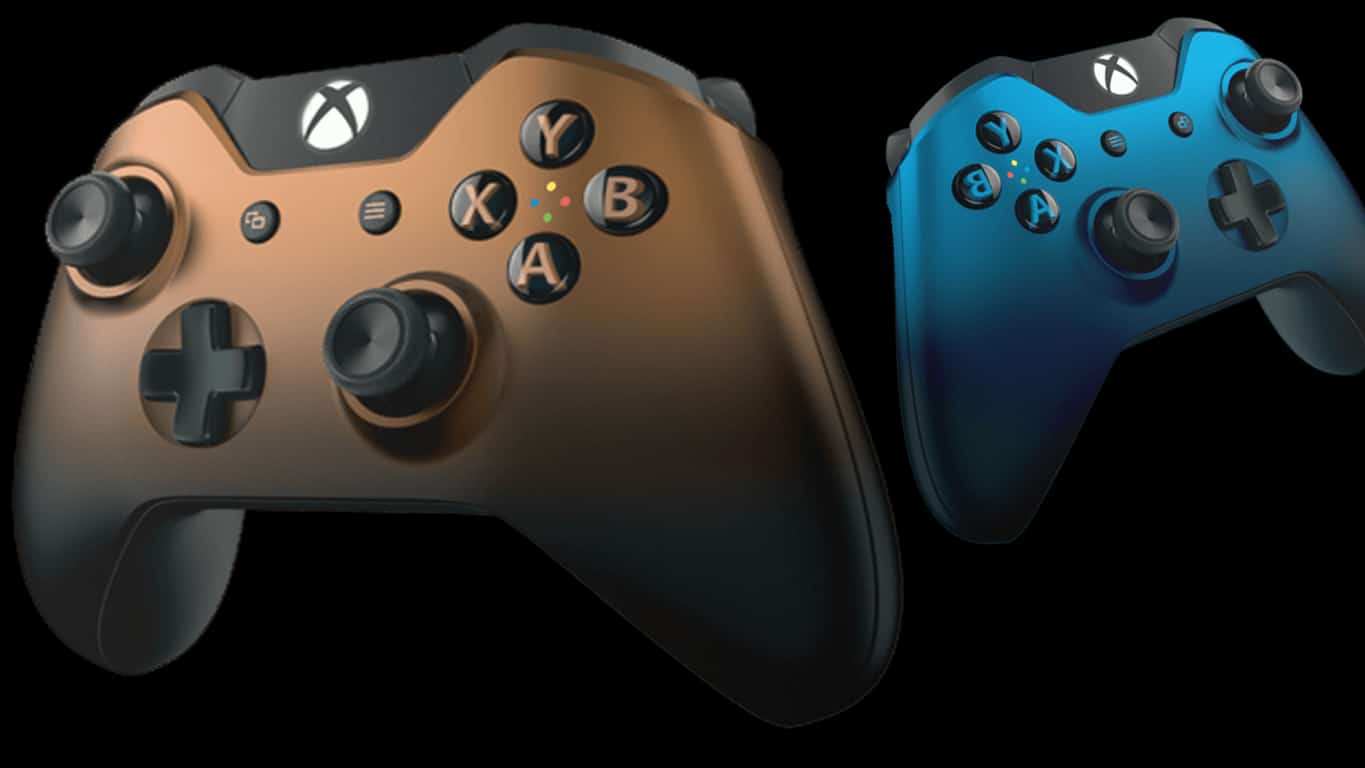 From the Forza, Covert and Armed forces edition controllers, Microsoft has always shown commitment to providing a variety of controller options to Xbox One gamers.  So, while we have previously reported to you on Tuesday about rumors of possible new controllers heading to the Xbox One system, today we can report that those rumors are true.

In his blog, Major Nelson has announced two new Special Edition shadow design series for Xbox One Wireless controllers: Dusk Shadow and Copper Shadow. First of its kind for a Xbox One Wireless Controller, the controllers have a faded color gradient finish.  As is usual, they also come equipped with the standard impulse triggers, responsive thumbsticks, enhanced D-pad, and 3.55 mm stereo headset jack.

Priced in the U.S. at $69.99, the controllers are available for pre-order starting today. Once released on March 22nd, you can find them on store shelves at participating retailers in the U.S., Canada, Mexico, Chile, Colombia, Argentina, and Brazil.

If you're feeling lucky, you might have the chance to win either the Dusk Shadow or Copper Shadow controllers this Friday. Details for this and the upcoming #FreeCodeFriday giveaway can be found by following Major Nelson on Twitter.

Samsung launches the Windows 10 Galaxy TabPro S in the US