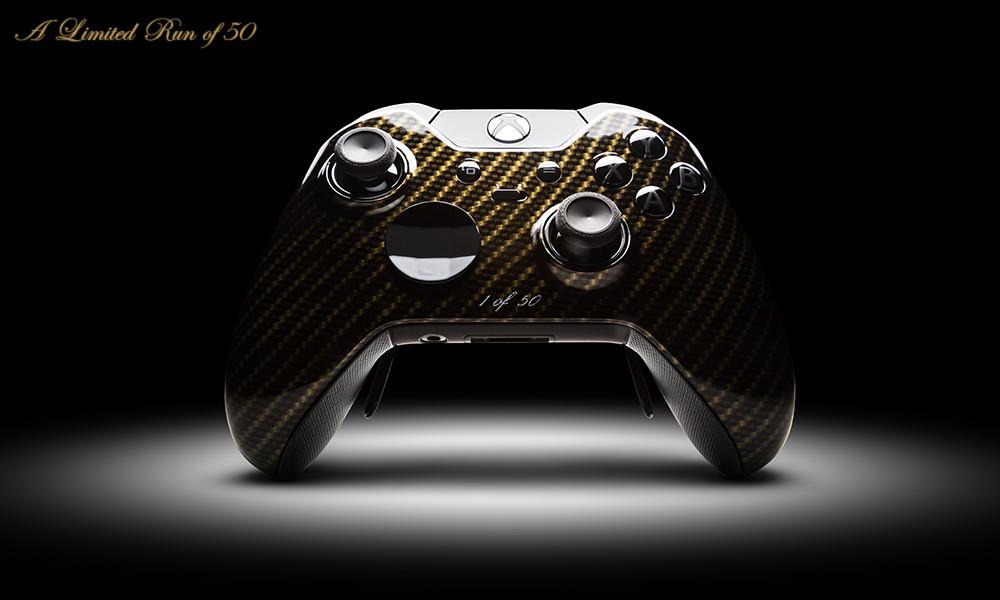 Colorwave has launched a beautiful yet expensive Xbox One controller known as "Xbox One Elite Titan Controller". The controller carries a whopping $299 price tag, which is way more than the standard controller which ships with the console itself (via Windows Central).

The controller's front is made of gold carbon fiber graphics with a gloss finish while rest of the controller are painted jet black gloss, giving it a premium look compared to the standard controller. The company mentioned that it's a limited edition piece and the initial run is only of 50 pieces which means that you may have to act fast if you want to get this controller.

Colorwave said on the product page:

The Xbox One Elite Titan Controller is heavier than the standard controller, has three sets of thumbsticks and two d-pads -- one looks like the original while theo ther one is designed for cross-directional movements. Additionally, there are four detachable paddles which can be controlled by an app specifically designed for the Elite Controller. Users can use the app to "program back paddles, and remap any of the 14 digital inputs from the controller."

Included in the box are carrying cases, a set of 4 paddles, a set of 6 thumbsticks, 2 D-pads: faceted and standard, a USB cable, AA batteries and a quick set up guide and product manual. The case is compatible with Windows 10 and Xbox One console.