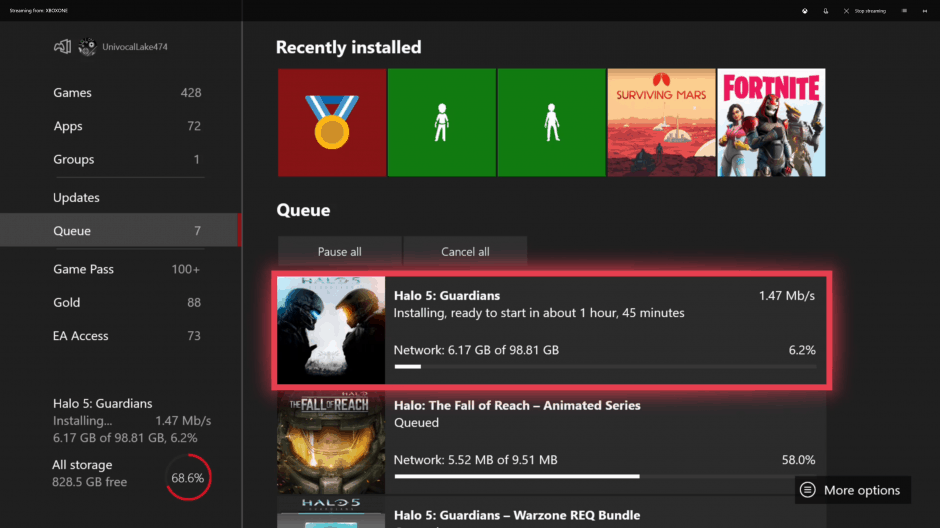 The latest Xbox One 1910 Preview build, which Microsoft is releasing today for Skip Ahead Xbox Insiders will make the long downloading periods slightly more bearable. After installing the update, the Xbox One OS will now display the estimated download time for games, telling gamers when they will be able to finally play.

“We are adding new features in this build to the Download Queue in My Games and Apps today based on User feedback,” explained Bradley Rossetti, Xbox Insider Team Lead. “You will now see the Estimated time to finish downloads appears in queue and Allow users to move titles in the queue up and down, not just move to front.”

In an era where Xbox One games can weigh more than 100GB of storage and take hours to download, this should be a very welcome improvement. As a reminder, certain Xbox One games support a “Ready to start” feature allowing gamers to launch them before they’re fully downloaded. Other games also support FastStart, a new technology that can get you into your game in half the time by identifying the most important bits to download first.

This new feature won't be available until the fall when the 1910 update for the Xbox One is released. In the meantime, the Xbox team is planning a new system update (1906) in June, but we don't know yet what's in the pipeline for this release.