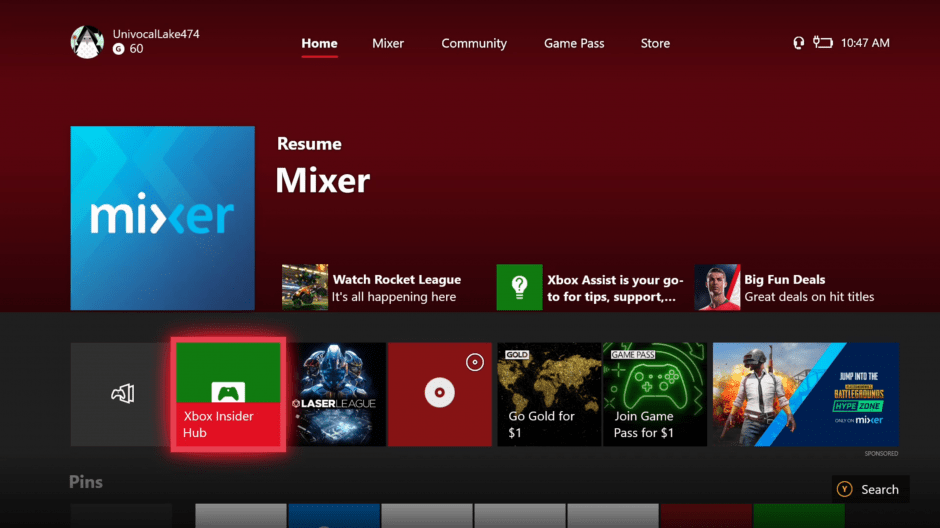 It’s been quite some time since we last saw something interesting in Xbox Insider builds, but the latest 1904 flight for Preview Alpha Skip Ahead & Alpha Ring members is a welcome change. Indeed, this new build introduces a floating keyboard that should automatically position itself around text boxes.

While the Xbox team didn't provide an image of the mini keyboard in the release notes, you can see how it looks in the tweet below:

I just took this on my console, this? pic.twitter.com/yH6ffhxJjZ

This latest 1904 build also addresses some issues causing blank tabs in the dashboard, as well as Home crashes when system sounds played. Going forward, all new 1904 preview builds will ship to both Skip Ahead and Preview Alpha Insiders, but Microsoft is also testing the Xbox 1902 update with Preview Beta and Delta Insiders.

To be clear, the Xbox 1902 update is expected to ship in February, and the 1904 update will likely follow in April. So far, 1902 preview builds only brought under the hood changes, including framework changes to the mouse feature set for future work, but no new features. It's pretty much the same story so far with 1904 builds, except for this new virtual mini keyboard. We hope the team will start testing new features with Insiders in the coming weeks.

Satya Nadella opens up about Project xCloud, the upcoming Xbox "Netflix for games"