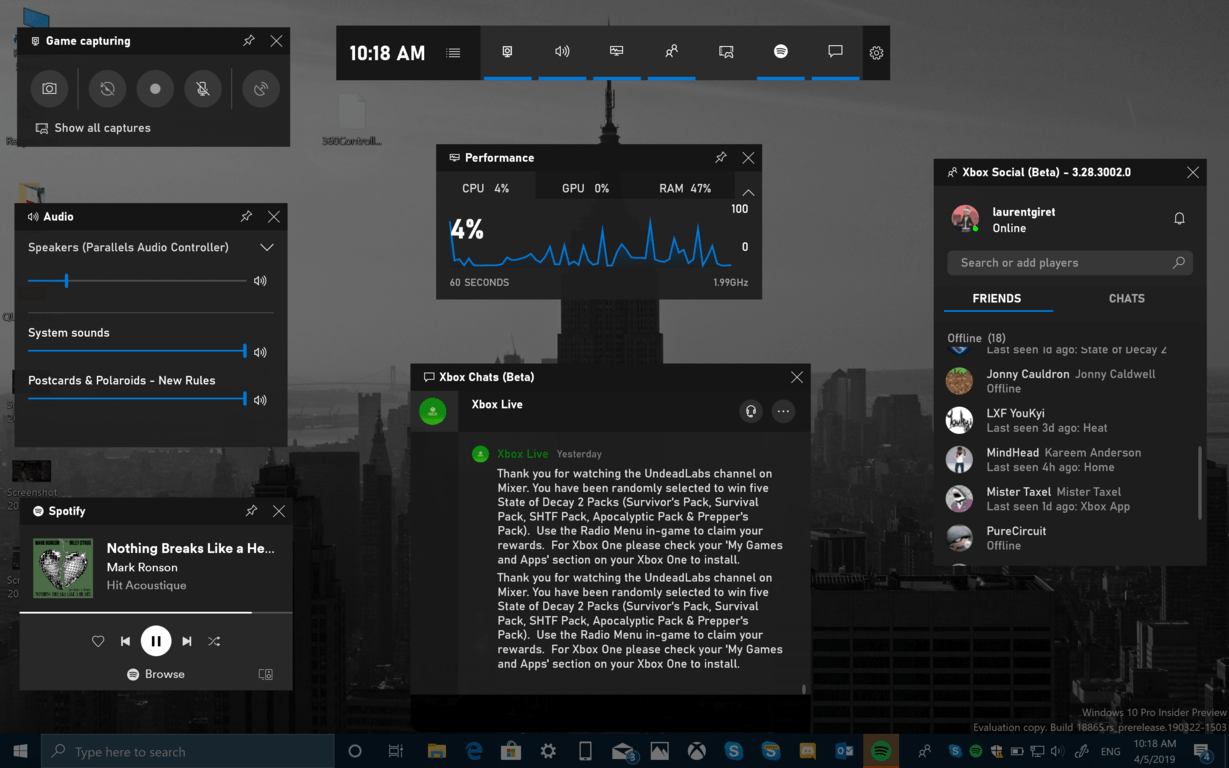 The core of the new Xbox Game Bar is now a wide rectangle where you can see the time of day, a battery indicator for your Xbox Wireless controller, and many widgets for Game DVR, Audio Settings, PC Performance, Spotify, Xbox Live Messaging, and Looking for Groups. The Spotify widget is pretty nice and allows user to control playback on the fly, though the Spotify app needs to be running in the background.

You can move all widgets where you want on your screen, and the Xbox Game Bar will remember their positions every time you open it. IT’s also possible to pin specific widgets so they’ll always be visible on your desktop, and that’s quite similar to how Windows 7 widgets used to work.

For those of you using the Game DVR feature, this latest update to the Game Bar makes it possible to quickly turn game screenshots into memes. The new Captures widget is now the central repository for your screenshots, it includes tools to add overlay text to the images of your choice. 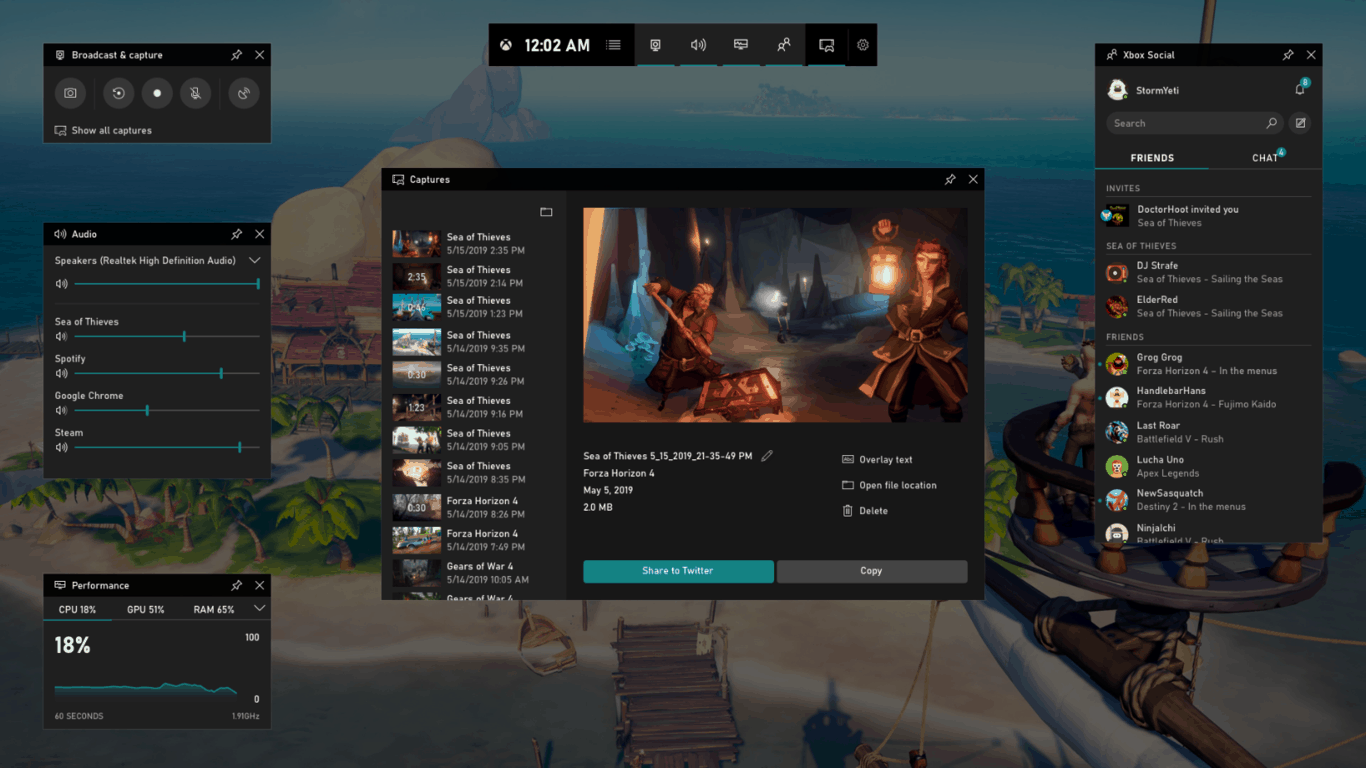 Now that the Windows 10 Xbox app is about to lose support for group messaging, the Xbox Game Bar is now the best way to use Xbox Live Messaging on a PC. The Xbox Social widgets already supports Party Chat, and it can also show you if your friends are playing on PC, Xbox One or mobile (a similar feature is present in the Xbox One 1905 update). The Xbox Game Bar, accessible by pressing Win + G, is also much faster than the Xbox UWP app which often needs a couple of seconds to load.

The Windows 10 May 2019 Update only started rolling out yesterday, and the build that Microsoft is shipping to Windows 10 users still has a couple of known issues that will hopefully be fixed soon. If you're running Windows 10 version 1809, be aware that you can get this new Xbox Game Bar right now by signing up in the Xbox Insider Hub app, available in the Windows 10 Microsoft Store.

Learning to code? With Windows 10 May 2019 Update, Microsoft has made installing Python much easier