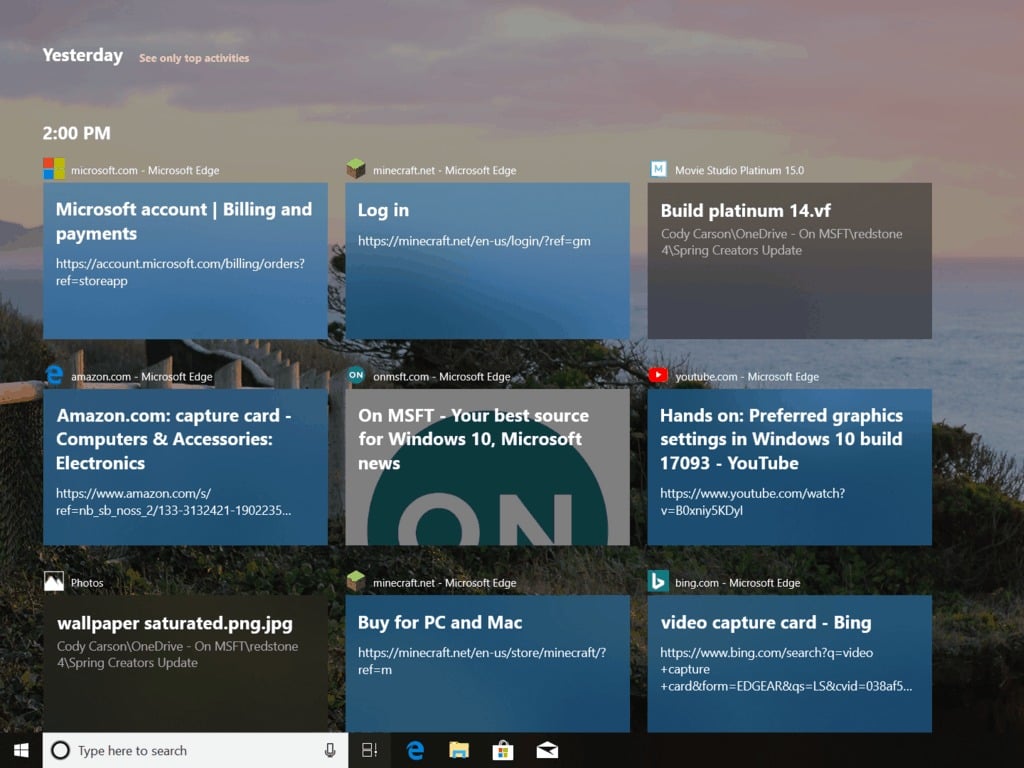 Microsoft has just released the Windows 10 build 21359 for Insiders in the Dev Channel, which brings minor changes to Timeline and the Power Button in the Start Menu. Starting with this build, users with personal Microsoft accounts (MSA) will no longer be able to upload new activity in Timeline, though nothing changes for Timeline users with AAD accounts.

Timeline is a feature that launched with the Windows 10 April 2018 Update, giving Windows 10 users a look at all their currently running apps and past activities. Microsoft later added Timeline support to the Microsoft Launcher on Android, but that was deprecated back in September. The Windows Insider team has now clarified that Timeline is actually not going away and that "all your local activity history still remain on Windows 10." The team also recommends users to check for recent web activities and recently used files in Microsoft Edge, OneDrive, and Office.

The build 21359 also brings fixes for Auto HDR, Windows Update Settings, and Camera settings, and you can check the full list of changes and known issues below:

The Windows Insider team didn't explain why Timeline was losing some functionality for personal MSA accounts in this build. Timeline launched as a promising expansion of the existing Task View, but it never really evolved into a killer Windows 10 feature. If it's pretty easy to ignore the Timeline button in the Windows 10 Taskbar, and Microsoft is currently testing a much more visible News and interests feature in the taskbar that could ship with Windows 10 version 21H1 later this year. Starting with the build 21359, news and interests on the taskbar is available for all Insiders in the Dev Channel.

Update 11:40PM PT: The Windows Insider team has updated its post to clarify that Timeline is not going away, and that News and interests in the taskbar is now available for all Dev Channel Insiders. We've updated our post to reflect that.