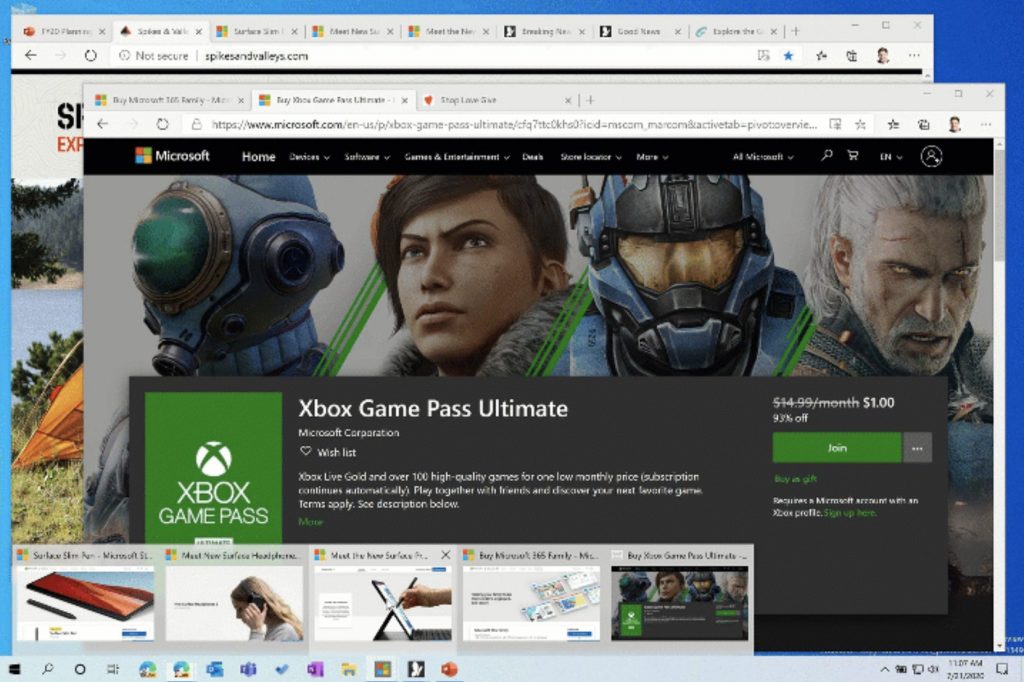 Microsoft has just announced the release of the Windows 10 Insider build 20175 in the Dev Channel (previously Fast Ring), which brings another productivity enhancement for Edge users on Windows 10. After the build 20161 brought the ability to access all tabs open in Microsoft Edge using Alt + Tab, the build 20175 nows bring pinned sites to the Windows 10 taskbar.

This feature will only be available to a subset of Insiders who install this build, and it will also require Microsoft Edge Insider Build 85.0.561.0 or higher. Other new features in this build include the ability to reset your UWP apps using PowerShell, as well as a new Eye Contact feature on the ARM-powered Surface Pro X.

You can find more details about new features, bug fixes and known issues in the build 20175 below:

Earlier this month, we announced ALT + TAB between apps and sites, the first of our new productivity enhancements coming to Microsoft Edge on Windows 10. Today, we’re announcing another feature we’ve been working on to make you more efficient when browsing the web: quick access to tabs for your pinned sites. Clicking a pinned site on the Taskbar will now show you all of the open tabs for that site across any of your Microsoft Edge windows, just like you’d expect for any app with multiple open windows. Please let us know what you think!

This feature is currently rolling out to a subset of Insiders today and requires Microsoft Edge Insider Build 85.0.561.0 or higher (Canary or Dev Channel).

NOTE: Since this is an early preview, existing sites on your Taskbar will not experience this new behavior until you remove and re-pin them.

For more details on our new multitasking improvements, check out our post on the Microsoft Edge blog.

For some time now, you’ve been able to reset your UWP apps in Settings – with today’s build we’re now exposing this ability via PowerShell as well. To do this, you’ll need the appx package name, so your use of the command may look like this:

The benefit of enabling this via PowerShell is that if needed you will now be able to run the reset commands for certain system components that are not currently listed as available to reset in Settings, for example Start.

Please note by nature of this command, if you choose to run it it will reset your experience back to the default experience and you will lose the associated app data.

Powered by artificial intelligence capabilities of the Microsoft SQ1(TM) processor, Eye Contact helps to adjust your gaze on video calls so you appear to be looking directly in the camera on your Surface Pro X. Windows Insiders can turn this feature on via the Surface app on their Surface Pro X.

For Windows Insiders using the Sticky Notes and the Snip & Sketch apps regularly, you'll notice that both apps will soon get new icons via updates coming from the Microsoft Store. "Just like with the new Settings icon in the last build, these new icons look great on the Start menu with the theme-aware tiles introduced in Build 20161," the Windows Insider team said today. 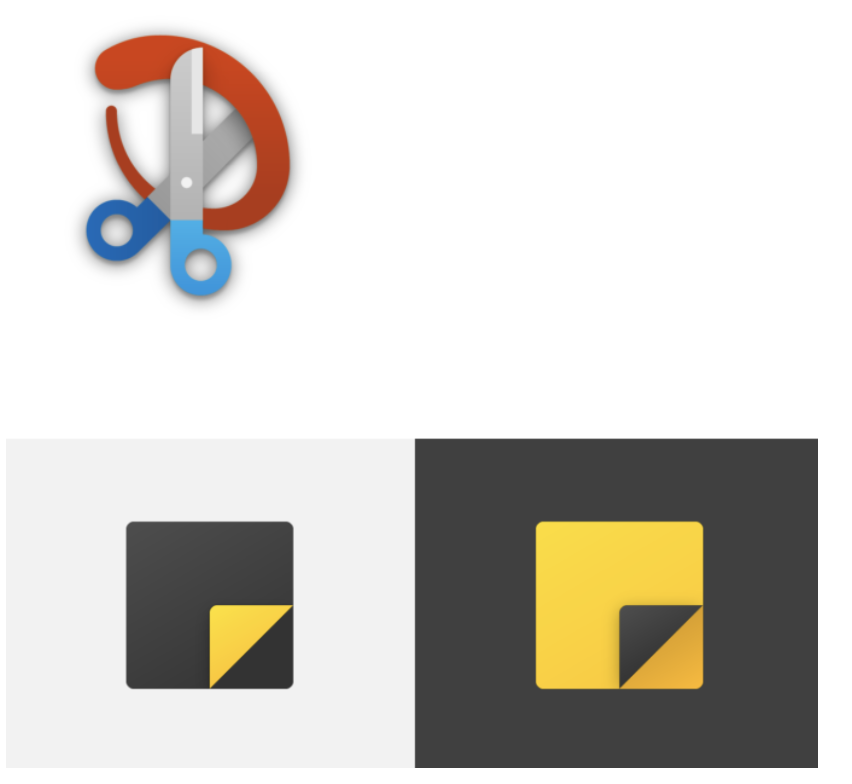 If you want to do a clean install, ISOs for the build 20175 are available to download on this page. Last but not least, Microsoft is warning Windows Insiders running the preview builds 20161 and below that they will expire on July 31. It's highly recommended to update to a newer build before that date to continue using your PC without issues.

Update: Microsoft acknowledged that a service side issue, which has now been resolved on the backend, prevented some AMD and Intel devices from detecting the new build. If you're still unable to install the build 20175 on your PC, you need to follow these steps:

Microsoft shoots back at Slack over EU lawsuit, says it "suffered" from lack of video conferencing