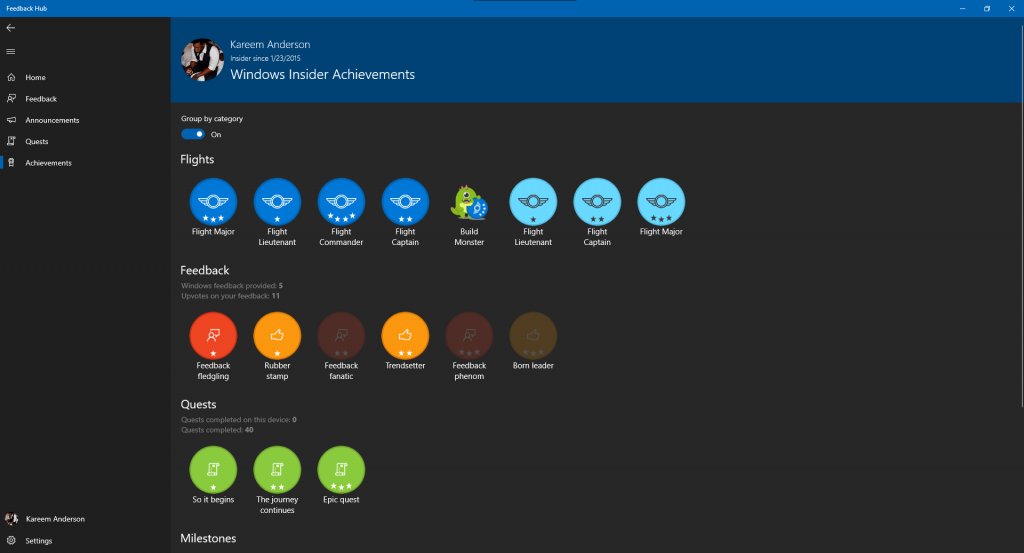 Today's Windows 10 Insider Preview build release may be as close to an official release as Insiders are gonna get to a Fall Update.

Preview build 19030 (20H1) is being rolled out to Fast Ring Insiders as we speak and as many release builds before it, today's release appears to be more about general fixes than feature add or even known issues.

Perhaps the three stand out items from the release include updates to Cortana (beta), new feedback badges honoring the anniversary of the Insider program and that this preview has removed its traditional Insider watermark, seemingly signifying that the Windows team could be putting the wraps on the 20H1 development branch.

Earlier this week, we rolled out some changes to Cortana on Windows for Insiders in the Fast ring. As part of evolving Cortana from a general digital assistant to a personal productivity assistant that helps you in the Microsoft 365 apps, we’ve made several changes that will give you a glimpse into how your assistant will help you manage tasks and time and connect with people. Read more about these changes.

As a small way to show our appreciation for your participation in the program over the years, we’ve released new fifth anniversary badges for our active Insiders in all rings. Learn more about the criteria we used to award these badges.

You can view new badges by visiting Feedback Hub > Profile > Achievements. We would also love to see you share these new badges on social with the hashtag #WIPTurns5.

Aside from the watermark removal, it can also be inferred of the Windows team's confidence in the development process as this build comes right before a major US holiday weekend where much of the team will be out of the office if the release were to hit any snags during rollout.