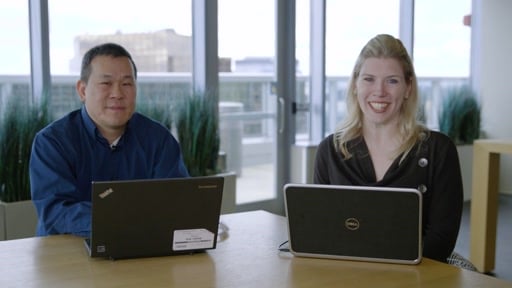 The Bing Predicts team has a series of videos available that delves deep into how machine learning powers their forecasts of the results of sporting events, awards shows, political elections, and more. Bing Predicts uses machine learning with the help of Bing search, social media sites, and other web information to make informed guesses on the outcome of these events.

In a series of Bing Machine Learning Webcasts, the Bing Predicts team provides a special behind-the-scenes look at how these predictions are made. In each video, the Bing Team gives you a general idea of how they go about compiling their web information and applying it to their Bing Predicts forecasts.

First, Bing Predicts started off by guessing the outcome of reality TV shows, including The Voice and Dancing with the Stars. Since these TV shows are based on popularity, Bing search results were used as well as information Facebook, Twitter, and other social media sites to come up with accurate predictions.

Another area that proved hard to predict for the Bing team was political elections. This year’s US Presidential Primary Elections have been difficult to forecast; with the Democratic nomination tug-of-war between Hillary Clinton and Bernie Sanders, as well as the always unpredictable Republican Donald Trump.

Bing Predicts also tried to predict the outcome of several major sporting events. If you were a gambler, Bing Predicts would be your guide as its predictions were relatively accurate for NCAA March Madness, 2016 NBA Finals, 2016 NFL draft, and more.

For a look at all the Bing Predicts videos, head over to Microsoft Channel 9.