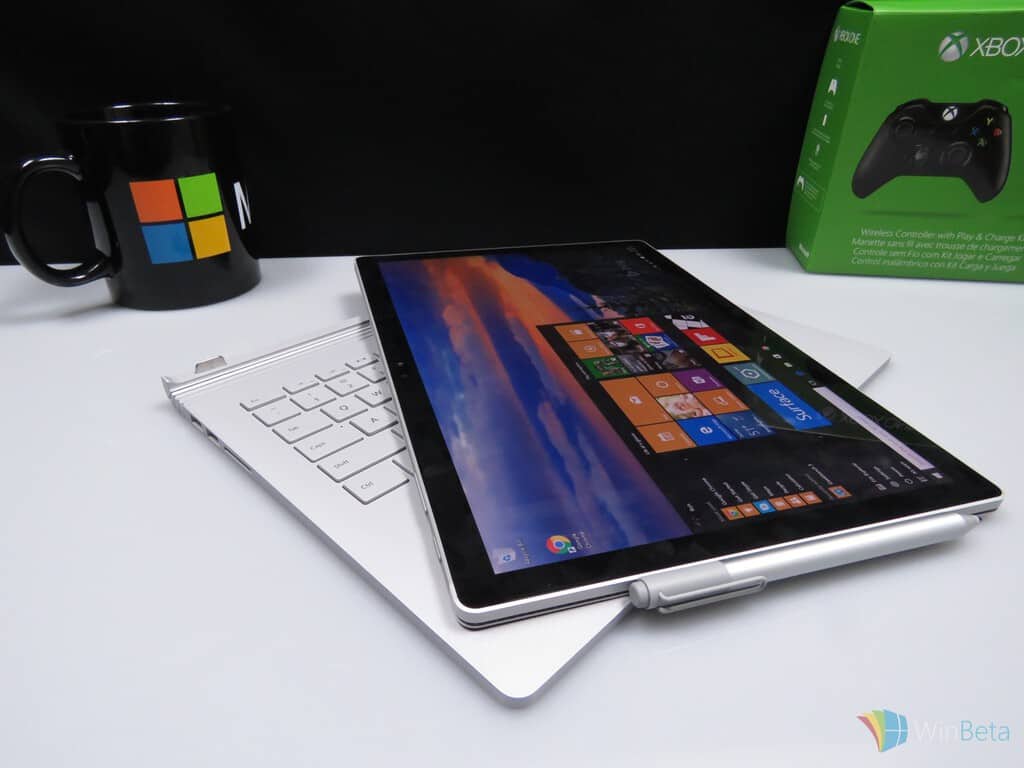 On Wednesday, December 2nd, we learned that Microsoft was set to roll out a new firmware update for the Surface Book and Surface Pro 4. This was in response to an issue revolving around the display adapter stopping and resetting, causing screen feedback to lag and even crash at random times. That update is live on Windows Update. If you own a Surface Book or Surface Pro 4, head over to Windows Update and see if it helps resolve your display issues.

The update has been rolling out over the past 48 hours, as with all firmware updates for the Surface (they are rolled out in stages). Here is the official change log for this firmware update, which is labeled and dated as “System Firmware Update – 12/2/2015”:

It seems that some owners are still experiencing display issues on their Surface Book and Surface Pro 4, based on feedback in the official Microsoft support forum.

“I did just receive the firmware update (12/3/2015) but I still am having display driver issues, this morning for example I received Intel driver display error when using Skype and my mouse pointer stops working after opening the laptop,” one owner stated. Not all are experiencing the same issues, thankfully. “Since applying the driver update on the 2nd, I have not had even a single Skylake HD520 driver failure. My Surface Book, i7, 16GB, 512GB, Lot 1546, is now functioning the way it should. I am very happy and very pleased.”

The company is also slated to fix a battery life-related issue, but that update won’t be available until early 2016. Are you still facing issues on your Surface Book or Surface Pro 4 after installing this update? Share your feedback in the comments below.