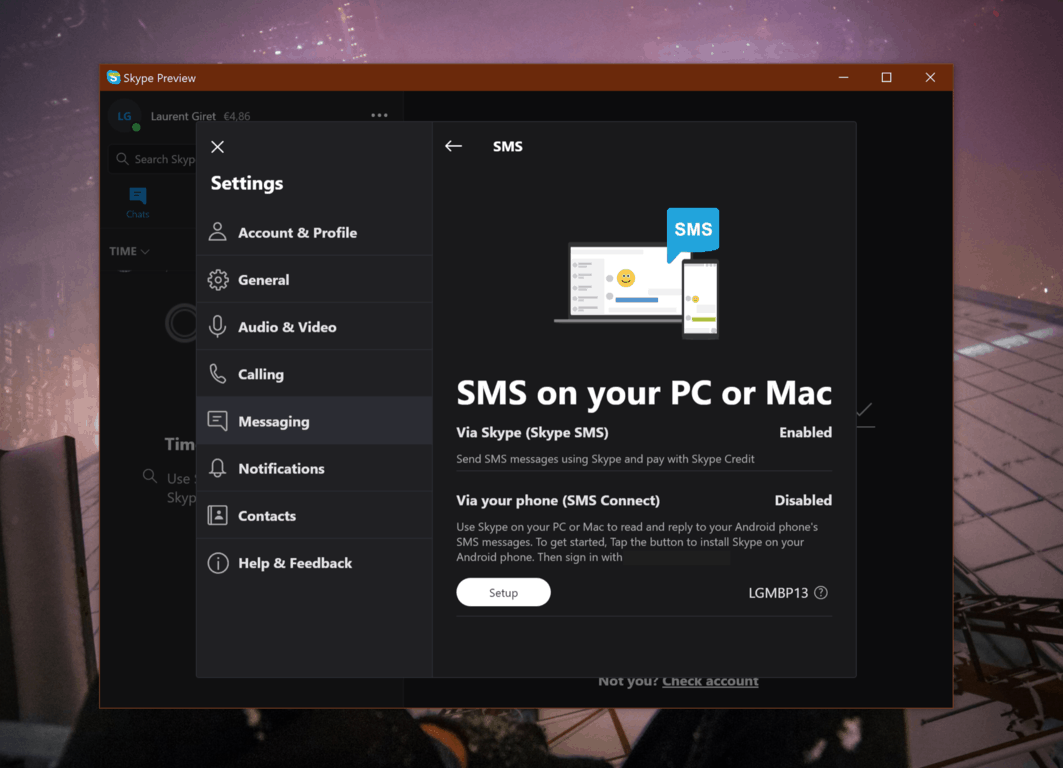 SMS Connect appears to be similar to the “SMS Relay” feature that still exists on the Skype UWP app for Windows 10 and Windows 10 Mobile, but this time Microsoft is targeting Android phones (and it's right to do so). Turning on SMS Connect on the Skype Android app will apparently make Skype the default SMS client, and doing so will make the Skype desktop app able to send and receive text messages. It’s worth noting that the Skype Lite app can already be set as your default SMS client on Android, but this app doesn’t have this SMS Connect feature as of today.

Microsoft and the Skype team have yet to start communicating about this new SMS Connect app in Skype, and the timing seems a bit odd. Indeed, Microsoft is currently developing a new Your Phone app on Windows 10 that will soon let you send text messages from your Android phone, and this app won't require Skype at all. If you remember the fact that you can also use Cortana on Windows 10 to send text messages from Android, you'll realize that Microsoft will soon have three different ways of doing the exact same thing.

You can already use Skype to send SMS using Skype credit, but Microsoft is apparently still interested in making Skype an all-in-one messaging app. That may be interesting for people still running older versions of Windows 10, as the new Your Phone and its SMS syncing capabilities will apparently require the Redstone 5 update.

Windows 10 for HoloLens gets a new Redstone 5 build, too