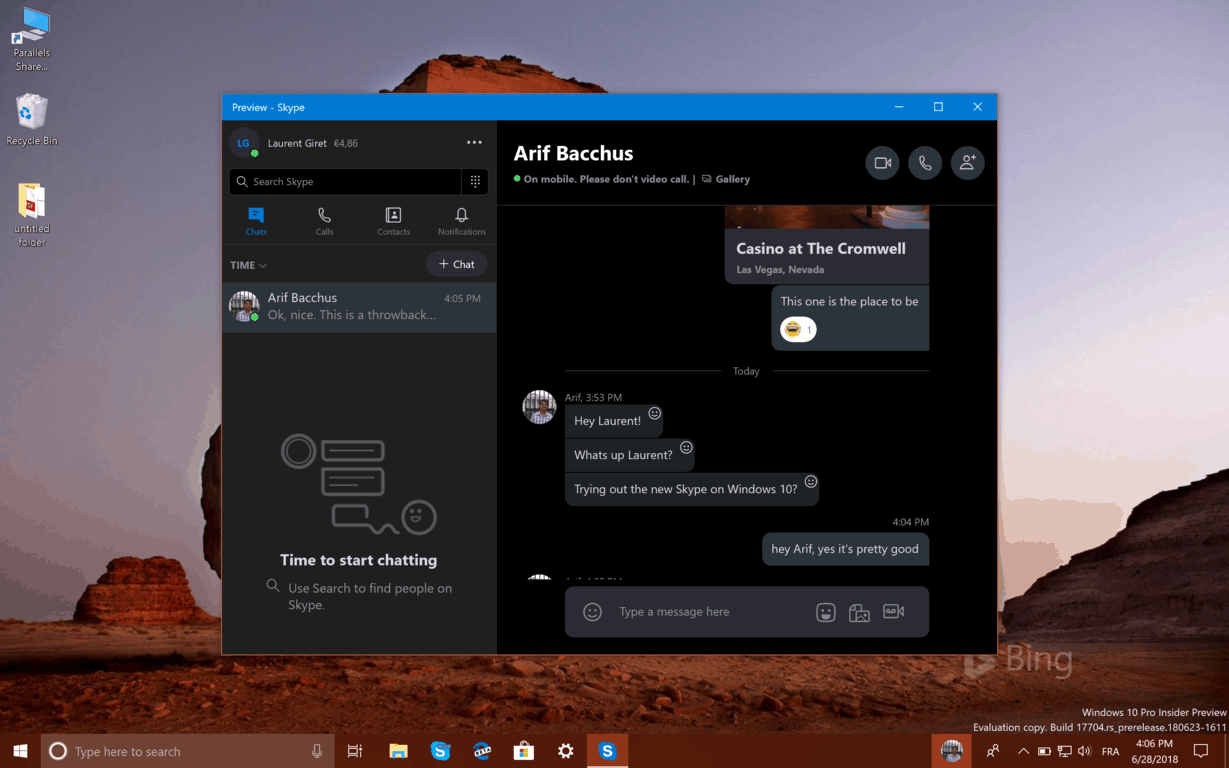 The Windows 10 Insider build 17704 brought us a brand new Skype inbox app yesterday, replacing the UWP version which no longer seems to be priority for Microsoft. Indeed, except a timid Fluent Design update in recent months, Skype UWP was clearly lagging behind the modern Skype app (v8) that launched on all platforms except Windows 10 last year.

It looks like Microsoft finally decided to consolidate its various Skype apps on Windows, as the new Skype app shipping with Windows 10 Insider build 17704 is actually the same as the new cross-platform Skype app that launched last year, with some subtle differences. By replacing Skype UWP, this version drops support for SMS Relay, a feature which allowed Windows 10 Mobile users to set Skype UWP as their default messaging app and send text messages from their PC. The feature has always been a bit buggy, and it seems that Microsoft is finally ready to shut it down for good this year.

Despite these omissions, this new version of Skype for Windows 10 seems to have kept some handy features previously available in the UWP version, such as support for push notifications and integration with My People in the task bar. However, we noticed that there is no Live Tile support as of today, and notifications are also no longer actionable.

Overall, this new Skype app is a real improvement over the previous UWP version, and it will likely receive updates much more frequently. The deprecation of SMS Relay may be disappointing for Windows 10 Mobile users, but Microsoft's new messaging strategy is now focused on the upcoming Your Phone app for Windows 10, which will soon let iOS and Android users sync and send text messages from a Windows 10 PC.