The puzzle game, KYUB, has finally launched on Windows 10 after enjoying several months of release on Microsoft’s Xbox One console. The Windows 10 version also features Xbox Live connectivity and a host of Xbox Achievements to unlock despite the strange absence of the recognizable green Xbox stripe on its promotional artwork in the store listing.

The game is a three dimensional puzzler with over 80s levels spread across four worlds. Here’s the official game description:

Move the “Kyub” and use its abilities to solve devious puzzles and escape malicious traps. Switch between action and puzzle phases where you manipulate other cubes to climb walls and destroy obstacles with lasers or activate switches to trigger new paths. Protect yourself and change the Kyub’s status to become immune to the elements. Master the Kyub and discover all its insane possibilities.

Design your journey at slow pace or furiously fast rhythm. But always be wise & creative because memory, reflexes and rapid execution are the keys to completing each challenge. Die a lot, unlock secrets, collect every medal, and be the fastest among your friends on leaderboards. With more than 80 levels the mysterious world of Kyub offers simple mechanics yet a deep gameplay with thousands of combinations!

Have you played KYUB yet? Let us know if you’re enjoying it in the comments below. 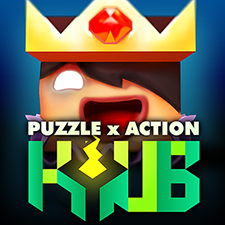 Amazon is offering a huge discount on Gears of War 4: Collector’s Edition