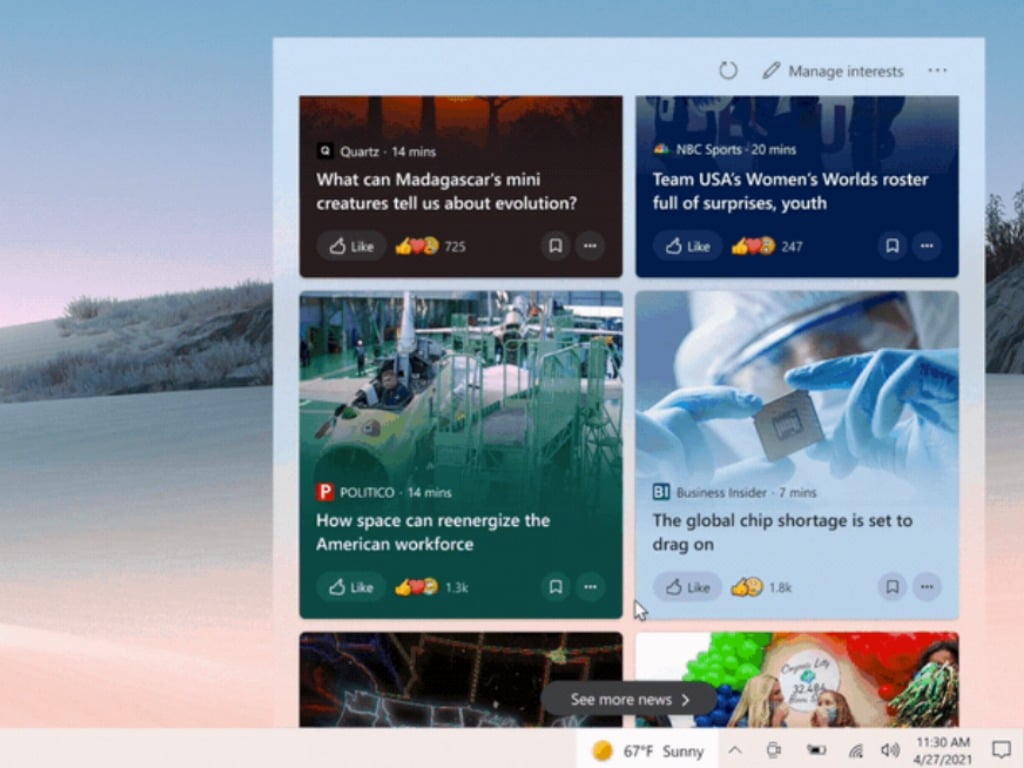 This patch also fixes some issues with the Your Phone app, spatial audio, multiple monitor configurations, and more. Here’s everything Microsoft highlighted in the release notes today:

As usual, all the fixes included in the optional KB5003214 patch will eventually roll out to all Windows 10 users with next month's Patch Tuesday update. You can install this new optional patch today via Windows Update, which is where you may also download Windows 10 version 21H1 if the update is already available for your PC.

The latest Windows release only started rolling out last week and it's a minor update that shares a common core with Windows 10 versions 20H2 and 2004. As Microsoft kicked off its annual Build developer conference this morning, CEO Satya Nadella teased "the next generation of Windows" during the opening keynote and promised that more details will be revealed soon.