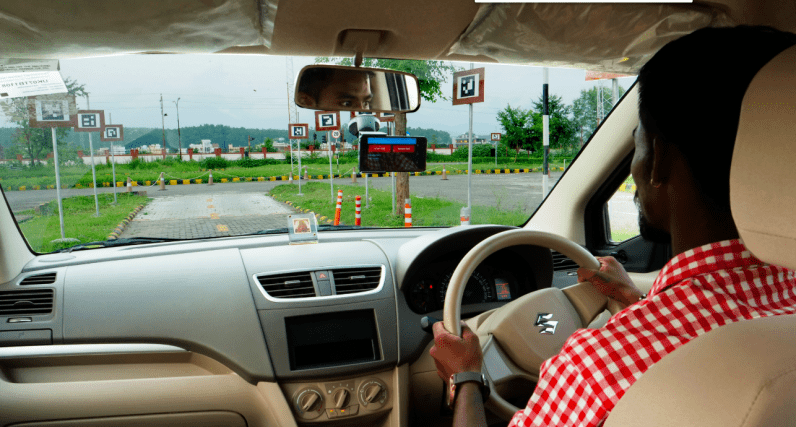 Microsoft is working on an interesting new app for new drivers looking to obtain a drivers license in India. The company has partnered with the Regional Transport Office in northern Dehradun India to develop Harnessing AutoMobiles for Safety (HAMS), an app that uses AI to monitor the driving of license seekers (via TheNextWeb).

The app uses both of the cameras on the smartphone to determine the user's ability to drive safely. The app uses the front camera to monitor the driver's attention to the road, while the rear camera monitors the actual driving, including the speed of the car as well as any objects around it.

Microsoft Research's managing director in India, Venkat Padmanabhan, says the the app will remove the requirement for a human to evaluate the driver's performance. The company has partnered with the Institute of Driving and Traffic Research to train the AI on specific maneuvers, including parallel parking as well as driving on a roundabout. According to Padmanabhan:

The main challenge in the traditional driver’s license test is the burden placed on the human evaluators and the resulting subjectivity that a candidate faces. Automation using HAMS technology can not only help relieve evaluators of the burden but also make the process objective and transparent for candidates.

Microsoft's senior researcher, Akshey Nambi, says that more than fifty people are taking the test with the app at Dehradun each day. The company's new app could potentially be much safer than human evaluators who might not pay attention to every aspect of the driving test, with one organization saying that 59% of people in India didn't take a test at all.

What do you think of AI's use in driver evaluations? Feel free to share your thoughts on this in the comments area down below.

How to solve problems with attachments in Outlook in Windows 10

Microsoft Teams is getting new file and sharing experiences