New Microsoft Store on Xbox starts rolling out to all users

The Microsoft Store on Xbox One is getting a fresh new look ahead of the launch of the Xbox Series X and S consoles in November. Starting today, the redesigned Store app that has been available for Xbox Insiders for a couple of weeks is now rolling out to all Xbox One owners, Microsoft announced.

The new Store has been rebuilt from scratch to be much faster, and it should now load in under two seconds. "The new store will give you a much smoother experience in all aspects, whether you are looking to sign up for Xbox Game Pass, searching for the next must-have game, finding the newest blockbuster for movie night or setting up filters to ensure your children are seeing appropriate content,” the company explained. 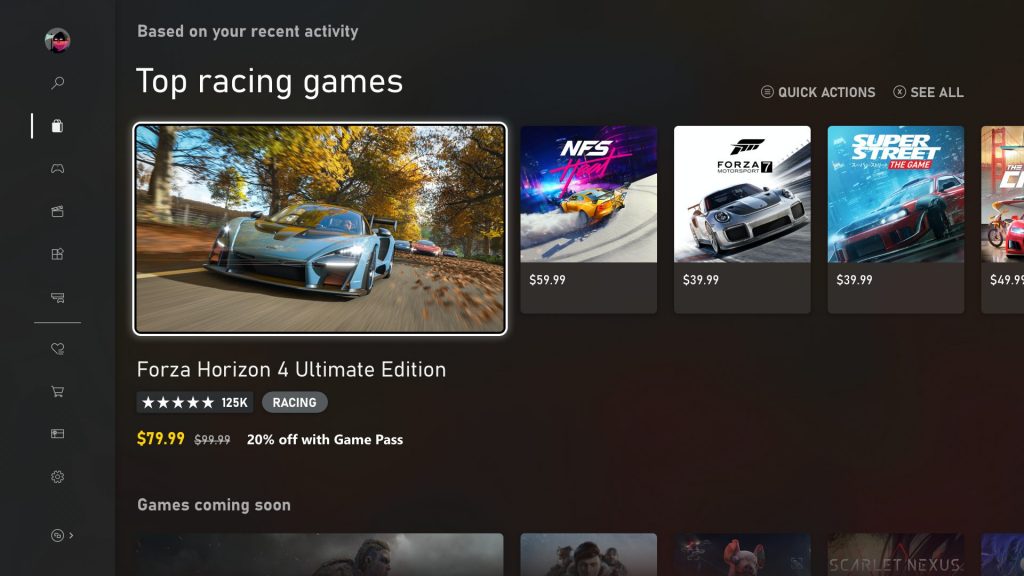 Overall, the redesigned Microsoft Store uses the same design language as the Xbox app for Windows 10, as well as the new Xbox beta app for Android that has also been released today. There’s a new left panel providing quick access to games, Movies & TV shows, your Wishlist and shopping cart, and search has also been improved with filters like on the Xbox app for Windows 10.

Be aware that browsing the new store will require to be logged in on the console, which will provide a personalized experience while also protecting children from material above set restrictions. This new Store sets the stage for another Xbox OS design refresh that will debut later this fall with the launch of the next-gen Xbox consoles, with the Xbox team also promising speed improvements across the board.

Bing Voice Search is now available on the web and desktop