In the patent description, Microsoft explains that this is all about “not requiring additional space and additional components within a device chassis for a separate touch.” 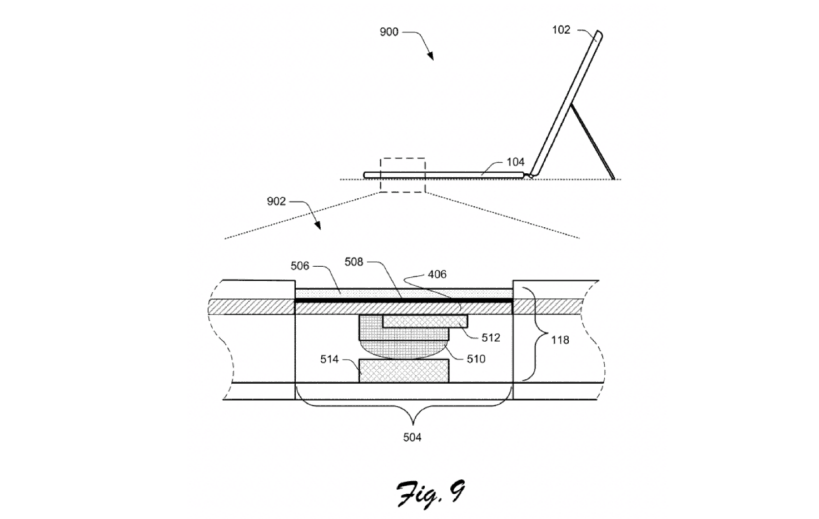 Microsoft’s detachable Surface keyboards evolved quite a lot over the years, with the Type Cover for the Surface Pro 3 (the first 12” inch Surface tablet) representing a major shift with a much larger trackpad. Since then, we’ve seen iterative updates such as the new Alcantara finish, but this new patent suggests that it could be time for a more significant refresh.

Back in June, ZDNet reported that a “heavily redesigned” Surface Pro could be launching in mid-2019. It has been said that the new tablet may feature more rounded corners like the Surface Go, as well as an USB-C port, and you can probably expect a new detachable keyboard to match the new design. Let us know in the comments what you would like to see being improved in the new Type Covers.