New Lenovo ThinkSmart accessories aimed at a 'work-from-home' crowd - OnMSFT.com Skip to content
We're hedging our bets! You can now follow OnMSFT.com on Mastadon or Tumblr! 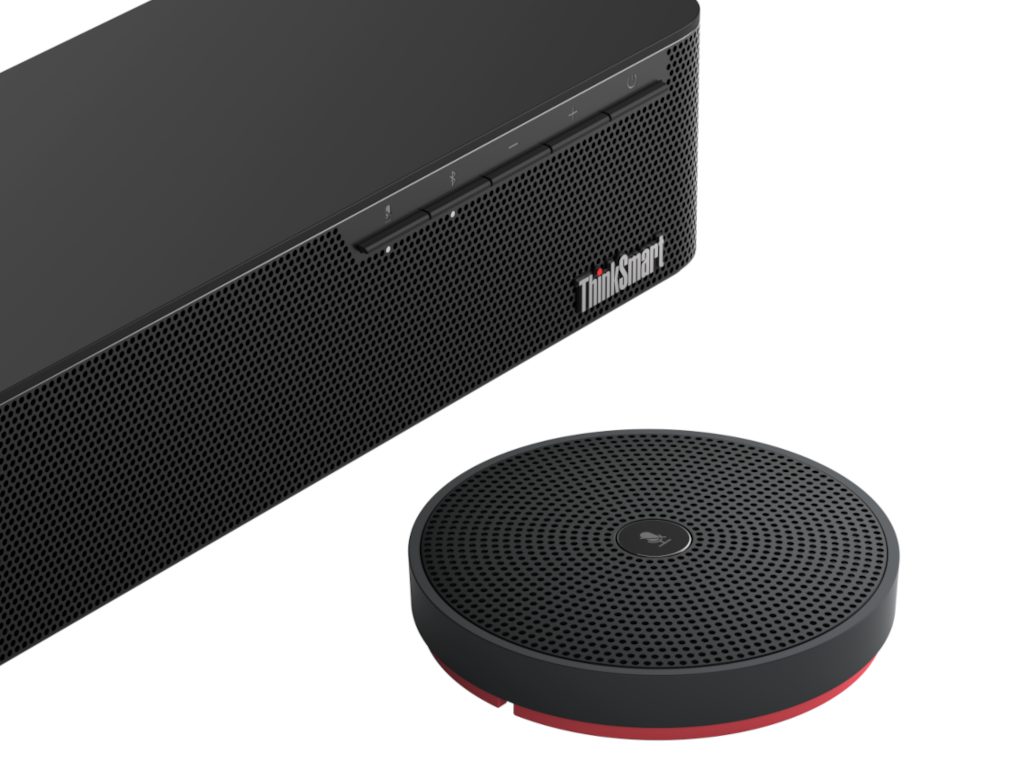 As we approach the end of 2020, we look back on a year full of trials and trepidations punctured by waves of uncertainty. Costs to businesses are stratospheric and the human impact is unmeasurable. Throughout the ongoing crisis, users have embraced video conferencing and collaboration to stay productive and stay engaged with colleagues and customers like never before. As a result, businesses have accelerated digital transformation initiatives to facilitate short term work-from-home policies and envisage longer-term hybrid working models.

Perhaps, as an answer to the subpar webcams the company places in its laptops, Lenovo is now offering a new dedicated webcam called the ThinkSmart Cam. 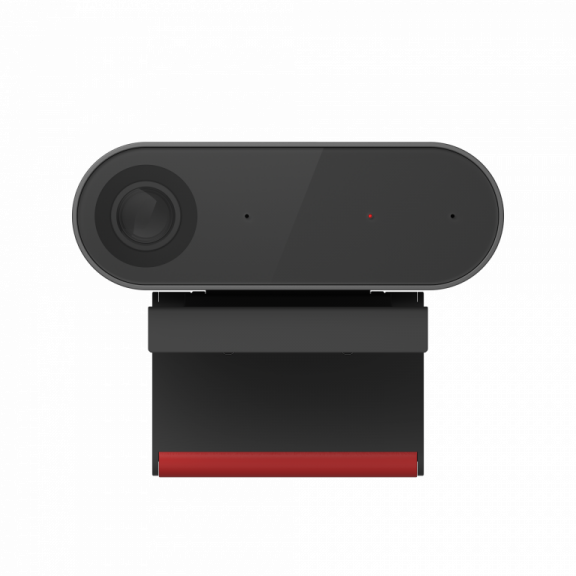 The ThinkSmart Cam is certified to work with Microsoft Teams and Zoom rooms as well supporting up to 4K resolution at 30fps or 1080 at 60fps for crisper looking images. The field of view is 100 degrees on the horizontal, 68 on the vertical, and 125 on the diagonal giving users the flexibility to host a video conference from more areas in the home than directly in front of their computer. Lenovo is also tossing in AI computing to help automate zooming and framing of users for more natural video conferencing experiences. The ThinkSmart camera can be easily mounted on the edge of a laptop lid or mounted with wall or TV mounts.

Lenovo is also releasing the ThinkSmart Bar which should boom conference sound throughout an entire room or house for people who like to work while walking around their areas. The ThinkSmart Bar uses 4 speakers, built-in DSP for echo and noise-cancellation as well as supporting a microphone frequency range of 300Hz to 8KHz. At a little over 8lbs and about 800 x 56 x 90, the ThinkSmart Bar isn't a very discrete device and commands a dedicated area in the home office. Once again, Lenovo is touting Zoom and Microsoft Teams Room support for easy workflow integration for most. 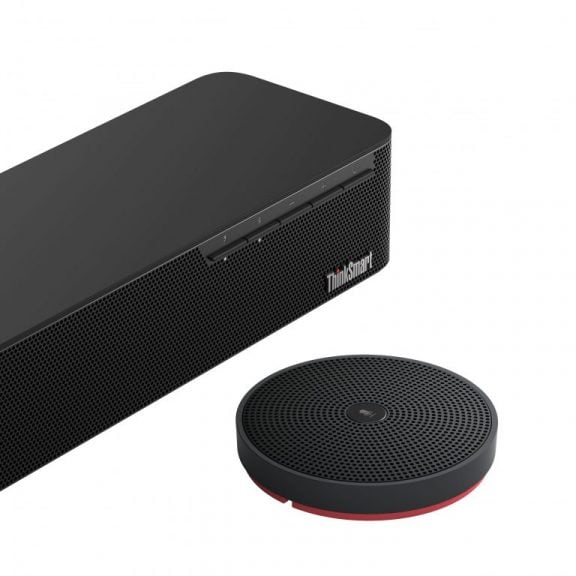 Last up is the modular ThinkSmart Edition Tiny computer. Packing an Intel Core i5 vPro processor running Intel Unite software underneath Windows 10 20H1 IoT the Edition Tiny makes for a flexible desktop or meeting hub for people. The Edition Tiny also comes with some decent specs for running a home office that include 8GB DDR4 memory, 256GB SSD and is powered by a 10th Gen Intel chip. Lenovo also tosses Intel's Active Management Technology in there to boot. 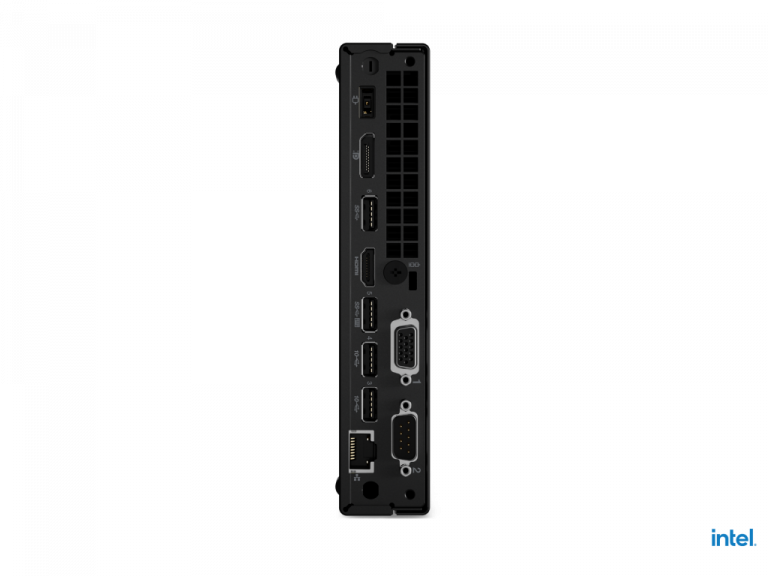 One last announcement from the ThinkSmart team is its ThinkSmart Manager 2.0 app that's been updated to connect to and mange ThinkSmart Hub 500, Hub, Cam, Bar, ThinkSmart Edition Tiny and supported Logitech peripherals. Version 2 comes with an updated UI that includes an executive dashboard in-meeting analytics view for Microsoft Teams Rooms and is available via Lenovo's website. 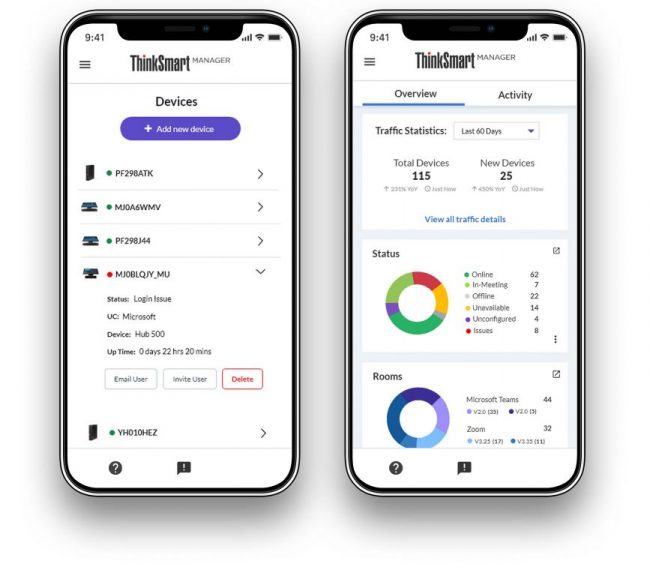 Today's announced devices will be available as soon as January with the Cam and ThinkSmart Edition Tiny rolling out in January of 2021 and the ThinkBar coming out February 2021 followed by the ThinkSmart Manager 2.0 in March of 2021.