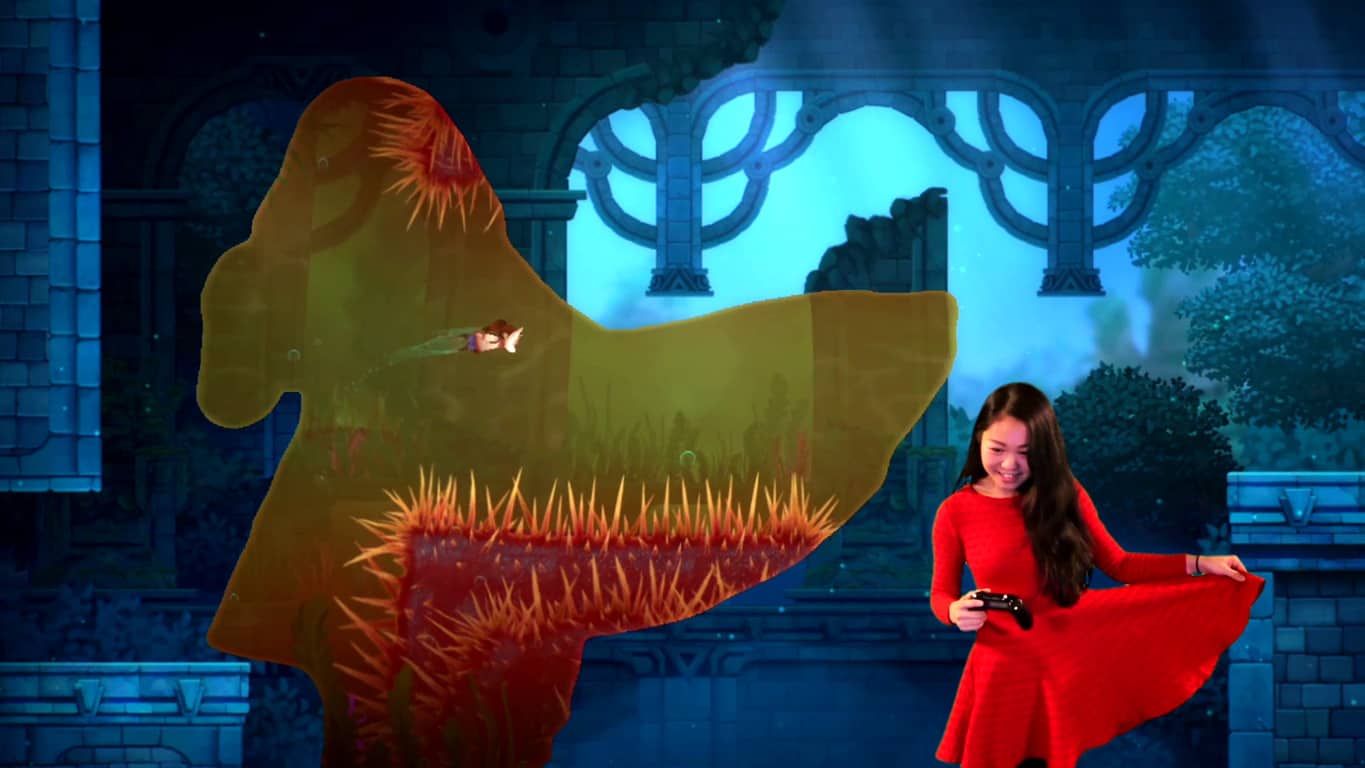 FRU, a new Kinect game for Microsoft’s Xbox One console, has been announced with a release set for July 13th. The game is a traditional 2D platformer with physical gamepad controls but also incorporates the Xbox One’s Kinect camera to manipulate the game’s levels and gameplay, an original concept for the Xbox One console.

Here’s the official description: FRU is a puzzle platformer that features an innovative use of Kinect, in which your silhouette becomes a "portal" between two worlds.

You will find yourself solving puzzles by strategically positioning your body, combining physical interaction with traditional platforming.

The game features four completely different chapters, all based around our innovative use of the silhouette, with a unique twist to each one of them.

In addition to moving and balancing your body to solve levels, you’ll also find yourself swimming inside your silhouette, striking crazy poses to activate contraptions, and awkwardly tiptoeing to avoid dangerous hazards!

FRU was first conceived during the 2014 Global Game Jam in Breda, Netherlands and received such a positive reaction that the studio, Through Games, decided to develop it into a proper public Xbox One title. The public version of the game will feature four full chapters with 110 levels to play, 24 collectibles to discover, and the original 2014 local co-op build from the Global Game Jam which can be unlocked when certain requirements are met in-game.

Microsoft announced the cancellation of the Kinect-based Xbox Fitness title earlier this week but publishers continue to develop games for the popular accessory. Kung-Fu for Kinect is an example of one recently released Xbox One Kinect title and Ubisoft’s Just Dance 2017 is set to debut on October 27th.

Do you still use the Kinect sensor on your Xbox One? Are the voice controls still useful? Let us know your favorite Kinect games and apps in the comments below.

Affinity Designer for Windows beta opens to the public, download for free

NuAns NEO Windows 10 Mobile device to be available via Kickstarter