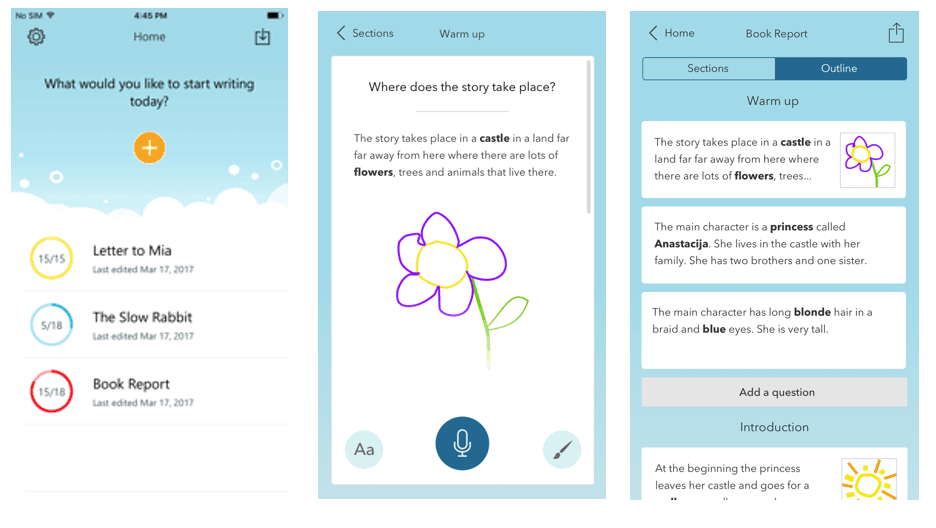 When an intern gets the opportunity with Microsoft Garage, they choose the project they want to work on for the next four months. So when Mike Tholfsen pitched the idea of its newest educational tool, originally conceived by a hackathon team, one team took the challenge.

For some, the blank page of a writing project can be overwhelming, and that's what the new tool was designed to assist with. What resulted was Write Ideas, a new app on iOS built to help students develop their writing skills. The team of interns was driven to 'change-the-world' by leveling the playing field for children with learning disabilities, explained their sponsor from OneNote, Ailsa Leen.

One of the team members, Cladia Vormbaum admitted that struggling with ADHD in academics gave her insight to what the app could be. She was tasked with user research and designing the user interface of the application, resulting in a minimal but efficient display that walks users through the process of writing their next essay, book report, letter, and more.

Unfortunately, the interns didn't have time to polish the final project but it was picked up by The Vancouver Education team. Write Ideas is now it is available on iOS as a pre-writing tool that walks through the structure of beginning assignments with speech, typing, and even drawing their ideas on the screen. It even has the ability to export to OneNote and Microsoft Word.

Check it out on iTunes by clicking the link below.