New image of the cancelled Lumia 2020 tablet surfaces - OnMSFT.com Skip to content
We're hedging our bets! You can now follow OnMSFT.com on Mastadon or Tumblr! 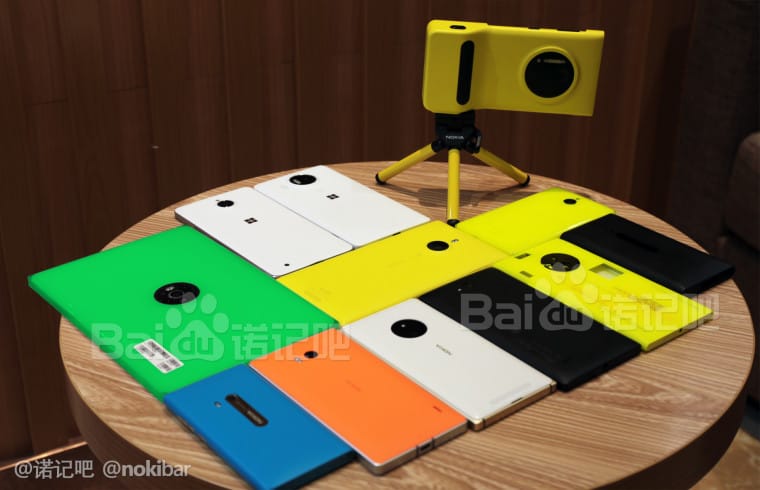 Before Satya Nadella decided to scale back Microsoft's mobile ambitions in summer 2015, the recently acquired Nokia had several new Lumia devices in the pipeline which were ultimately scrapped by the Redmond giant. Last week, we reported that an Italian website got its hands on a working Lumia 850 prototype, but a new picture showcasing several Lumia devices including never released models has been recently published on Baidu by @nokibar (via Neowin):

If you take a close look at the picture, you can recognize what looks like a blue Lumia 900, an Orange Lumia 930 and a white Lumia 830 at the bottom left of the image. Above these three handsets, the green small tablet could be the unreleased Lumia 2020. According to Neowin, this small tablet would have been a smaller sibling to the 10.1 inch Lumia 2520 Windows RT which was released in November 2013.

The Lumia 2020 would have featured an 8.2-inch display, a Snapdragon 800 processor (just like the Lumia 1520 and the Lumia 2520), 2GB of RAM and 4G LTE support. It would also have run Windows RT 8.1, Microsoft's tablet OS targeted at ARM-based devices which ultimately had no upgrade path to Windows 10 in 2015. The small tablet was rumored to launch in early 2014, but Nokia probably felt that this device would not be popular and ultimately chose not to release it in the market. A few month later, Microsoft reportedly did the same with its own Surface Mini tablet.

You may also spot three or more unknown Lumia handsets in this picture. At the top, the white handset on the left looks like a Lumia 850 (it looks like a Lumia 650, but this one has its flash module on the left of the camera module). On the right, the other white device may look like a Lumia 950XL, but this is unlikely as the Lumia 850 sports a 5-inch screen while the Lumia 950XL has a much bigger 5.7-inch screen. Additionally, the yellow handset at the bottom of the picture with a Lumia 1020 shape is another unknown device (and no, it's not the unreleased Nokia McLaren which had a metal body and an even bigger camera module).

Anyway, the days where Lumia handsets were very colorful are definitely behind us. Let us know in the comments if you think Nokia was right to cancel the Lumia 2020 Windows RT tablet.