Still use Groove Music? Then you'll be happy to know that it's getting an overhaul in its newest update. The update is bringing in a new Now Playing screen to make things just a little bit shinier, as well as the option to watch music videos straight from the app. It's a welcome few features, and it's rolling out now. We've got a few screenshots of the new UI to check out, courtesy of Reddit user /u/srsh98.

The new update will let you add songs to your playlists by genre, as well as follow playlists if you want to hear the newest songs as they're added in. Throw in a few new UI elements that give Groove a new shine when you're listening to music, and you've got a fresh experience that's worth checking out. As for the UI and design, there's definitely some Project NEON design work being implemented here.

The update isn't available for everyone yet, as it's being gradually rolled out. If you aren't seeing the update in the Windows Store, you'll need to wait a bit longer until you can see the new UI treatment. 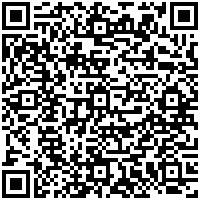