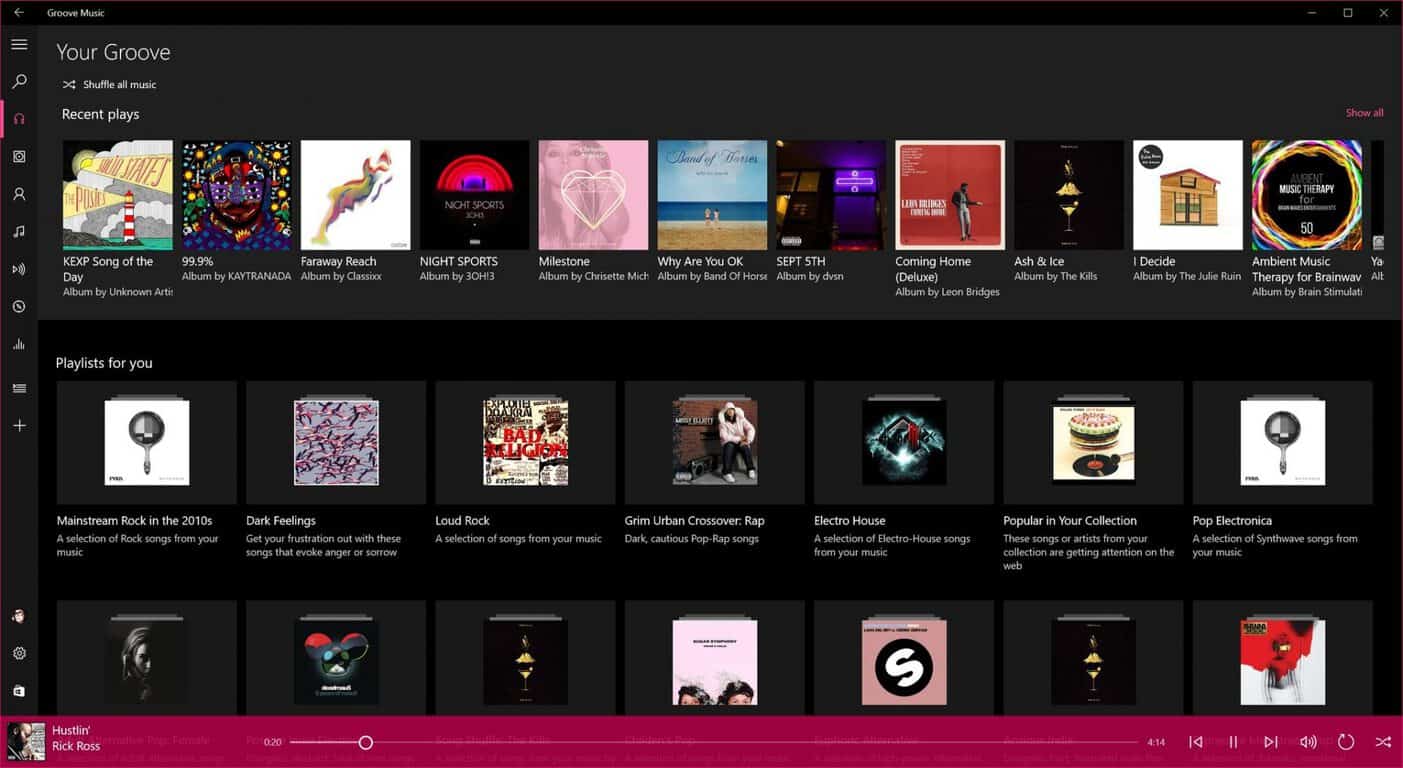 The Groove Music team is back with a nice bug fixing packed update for the service. Friendly neighborhood informer, Ellen Kilbourne of the Groove Music team, tweeted moments ago about a new update to the Groove app that is circulating for Windows Insiders on the Fast Ring release cycle.

Super fun update for #MicrosoftGroove for #Insiders was just sent to the Store. Details here: https://t.co/H6qdE8FIDx

Alongside a list of fixes, some users will be pleasantly surprised to find two new additions to the app. With version, 3.6.2244.0 users will now be able to play around with “brand new automatically curated recommended playlists.”

Introducing Your Groove, the place for music that is centered on you, what you like, and your listening habits. This is where you’ll not only find your recently played items, but also brand new automatically curated recommended playlists built just for your taste. They update often to always give you fresh recommendations, but you can save a copy any time to edit, download or just save to listen to later.”

According to Ellen, the Groove team also expanded the Explore functionality to include featured playlist created by unnamed partners, but presumably, work similar to featured artist playlist on services such as iHeartRadio or Spotify.

In other news, here are the list of fixes:

All in all, today’s update is another significant step in building out Microsoft music streaming service. Playlist, curation and music syncing were among some of most complained about features lacking in the Zune, Xbox Music to Groove Music transitions. It’s nice to see them returning, albeit slowly.

Update: As of now 1:08 PM PST, the update has not reached the Store. We’ll be keeping an eye out for it. Let us know if you happen to have downloaded and what your experience is like.