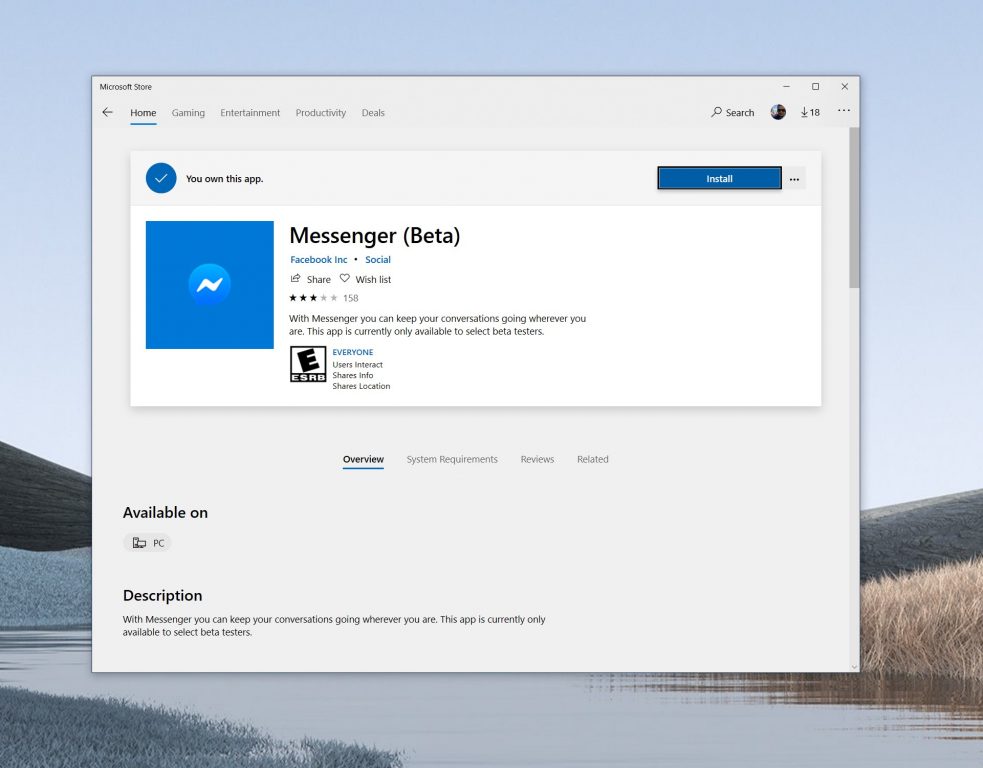 If you're sporting the Beta version of the Facebook Messenger app on Windows 10, you're in for a treat. According to Aggiornamenti Lumia, the app has just been updated for more people with several new features, which bring it closer to the iOS and Android versions (via Windows Central.)

Although everyone might not be seeing these new features as of yet, some new abilities in the app include options to attach files or choose a dark and light theme. Users can also now delete messages and send or use new emoticons. Under the hood, Facebook has ditched its OSMeta technology in favor of Electron, which hopefully means that the app picks up new features more often, right alongside the iOS and Android versions. There is still no Surface Pro X support for now, however, as the latest version of the app is x64 only.

We don't have this new version of the app yet on our end, but it's being reported that the update is "rolling out." This means that not everyone will be seeing the new features right away. Are you seeing these new features? Let us know in the comments below.

Update: An earlier version of this article incorrectly stated that the app now supports the Surface Pro X. We've updated to clarify that the latest version is x64 only.

Hands-on with Microsoft Forms, the Microsoft answer to Survey Monkey and Google Forms