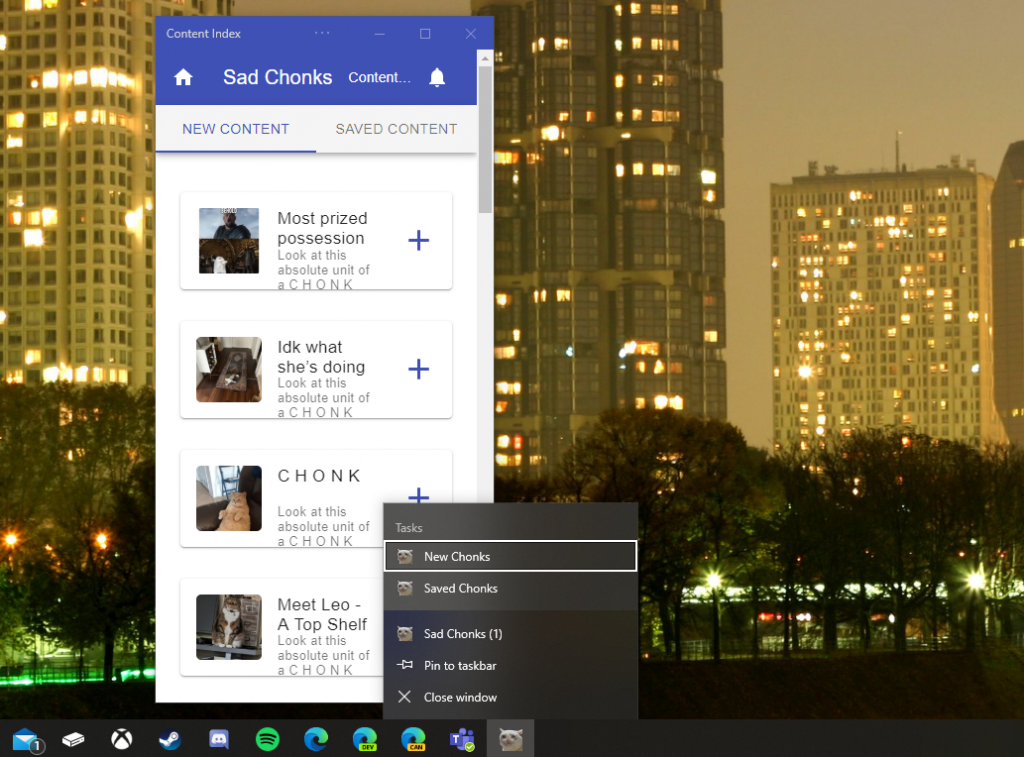 Microsoft Edge and Chromium-based web browsers are getting experimental support for Jump Lists for Progressive Web Apps (PWAs) installed as regular apps. If Microsoft’s Chromium-based Edge browser makes it quite easy to install any website as an app, there’s still a way to go before these apps can work more like native apps, and Jump Lists support would definitely be an important step in that direction.

For those unfamiliar with Jump Lists, they’re the quick actions that show up when you right-click on an app icon on your taskbar. Google engineer Rayan Kanson explained this week on the public blink-dev Google Group (via Techdows) that bringing this same capability to PWAs will allow developers to “show a shortcuts menu of common tasks in their app.” Kanson also shared a test website to demonstrate how the feature works.

To try it on Microsoft Edge Canary, you’ll have to visit edge://flags and enable “Desktop PWAs app icon shortcuts menu.” We can confirm Jump Lists work for the test website shared by Kanson, but we haven’t been able to make them work for other websites such as Outlook.com and Twitter (even though the Twitter app on the Microsoft Store, which is a PWA, does support Jump Lists). It’s now up to developers to make their PWAs compatible with this new experimental feature.

Anyway, the Microsoft Edge team is participating actively to this Chromium project, which will eventually benefit all Chromium-based browsers. Last month, the Edge team published a long explainer document on GitHub about why it was important for PWAs to “facilitate re-engagement with key tasks,” and we invite you to check it out.