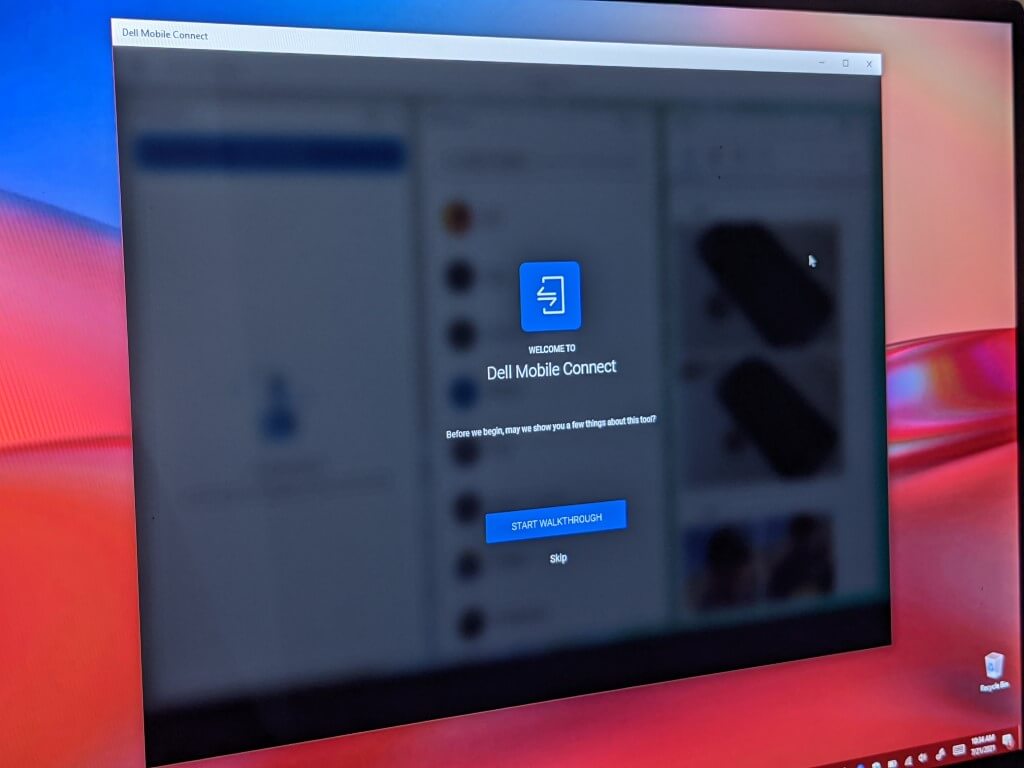 Before Microsoft's Your Phone app was around, there was Dell Mobile Connect, an app that worked exclusively on Dell XPS and consumer PCs (and on other devices with a workaround.)  We've already compared the two solutions for connecting Android and iOS phones to Windows 10 before, but there's now a new version of the app around. Spotted by Avinash Kodavalla on Twiter, the new app delivers on some new features, as well as a new design.

We downloaded the app on our XPS 13 2-in-1 and found that there's quite a lot to like with this fresh version of Dell Mobile Connect. The new app now has a new "dashboard" main page where you can add various widgets for the core functions of the app. You'll find widgets for contacts, messaging, mirroring, and files and notifications. 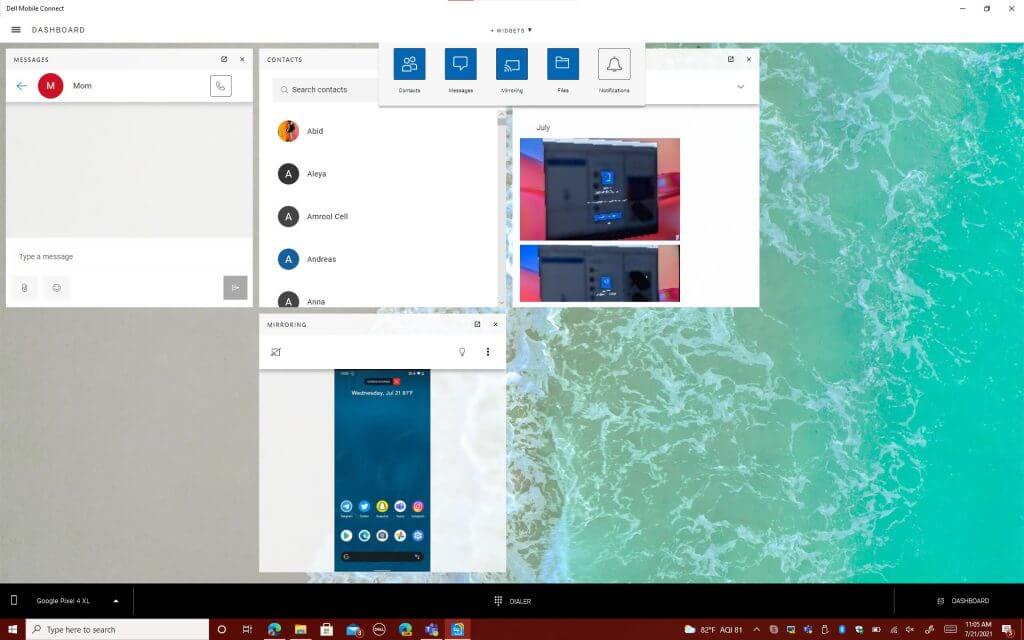 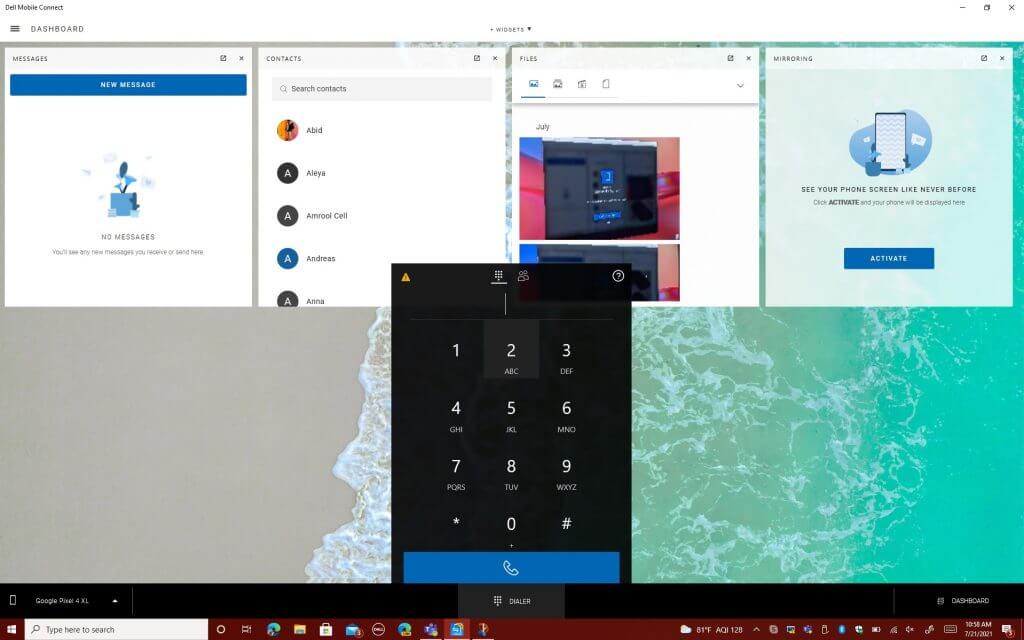 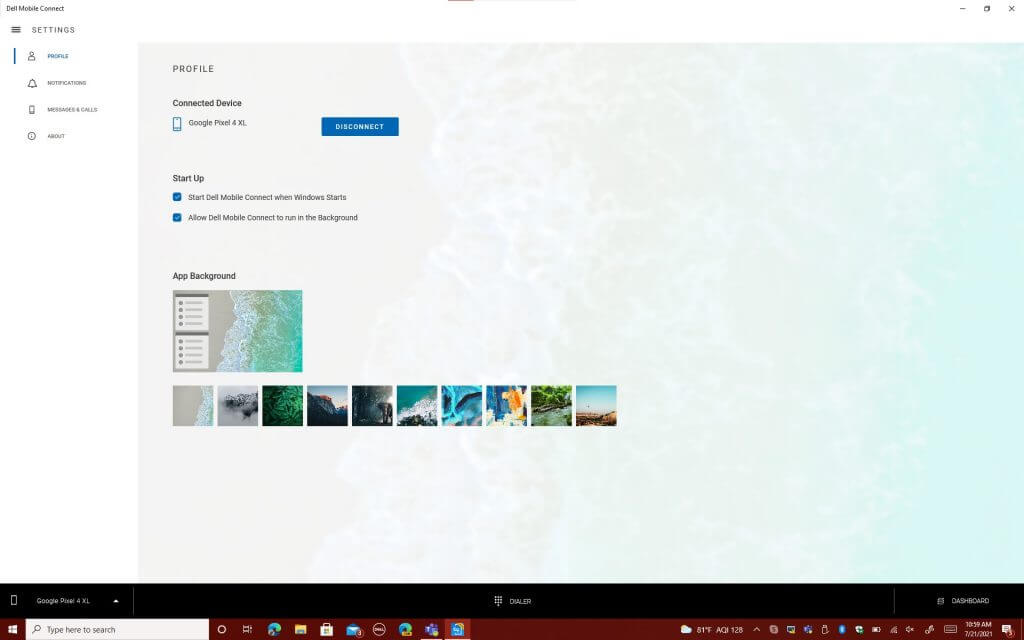 There's also a new status indicator at the bottom of the app where you can peek at your phone's battery life. Dell even moved the dialer to the middle of the screen so it pops up right when you need it. All the widgets can be resized and moved around to where you'd like them to fit. It's a pretty clean experience overall that is highly customizable with the ability to switch background images. We invite you to check out some screenshots in the image above.

To be clear, this is a separate version of Dell Mobile Connect. It's not an update to the existing app that is pre-installed on select Dell PCs. You'll need to download the app for Android and Windows 10 or Windows 11 via the link below. Both apps have the "new" label on them so that you can distinguish between the two.

Officially, the app won't work easily on non-Dell PCs as the previous sideloading workaround doesn't work anymore. There is now a block when you boot up after downloading from the Microsoft Store. You can, however, tweak the registry to activate the new app on non-Dell computers, as noted by Nico Popy on Twitter. But this isn't something we recommend doing. 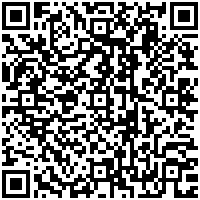 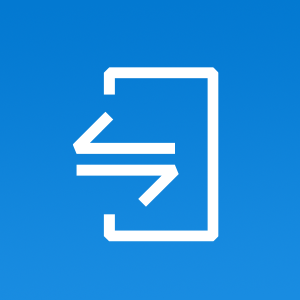 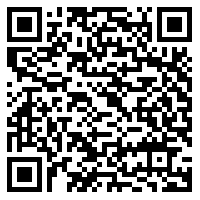