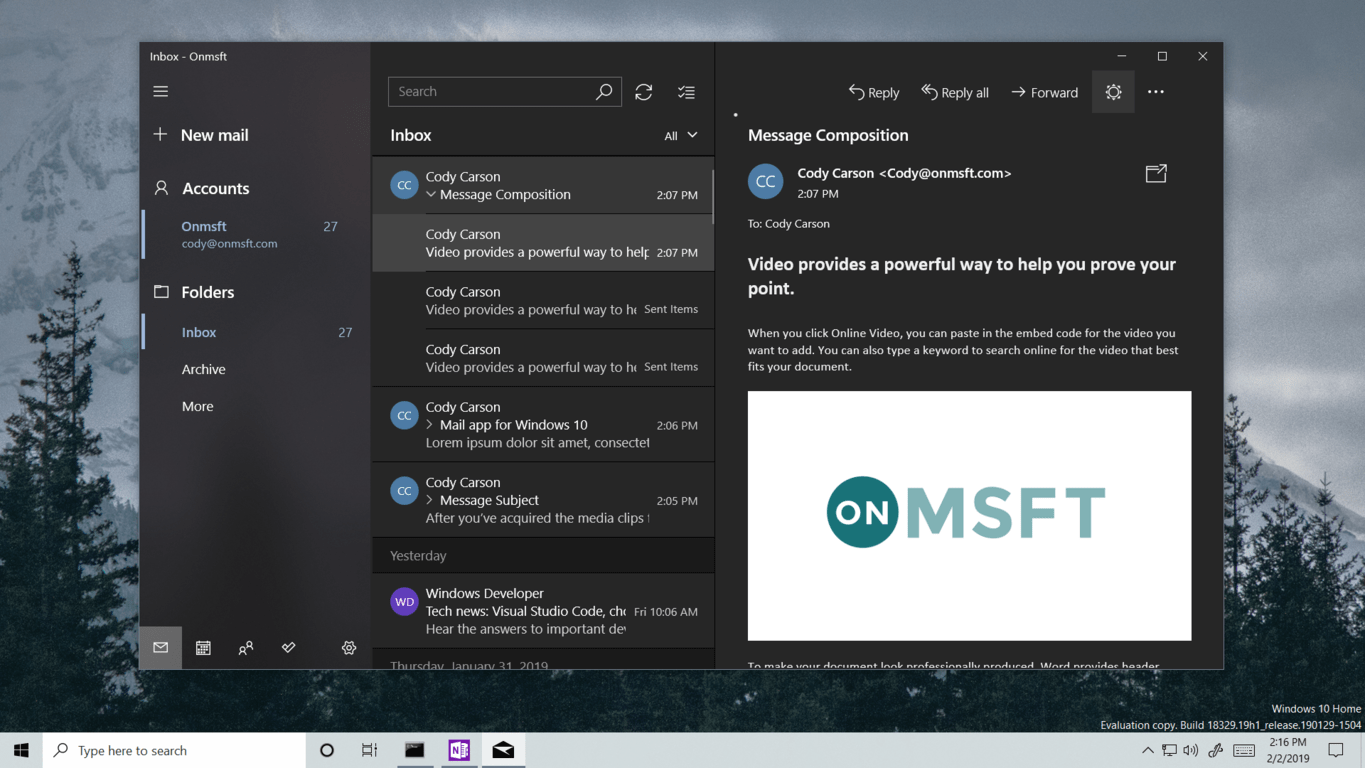 Microsoft has been recently testing a new dark preview pane in the Windows 10 Mail app, and we recently noticed it on one of our Fast Ring PCs. This small but noticeable UI change makes the dark mode in the Windows Mail app much more consistent, and German blog Windows United is reporting today that it’s now rolling out to all Insiders on the Release Preview ring (via Windows Central).

To get this new dark preview pane, make sure that you’re running version 16005.11231.20142.0 of the app. You’ll also notice a toggle in the top bar that lets you switch off the dark background colour in the reading pane. 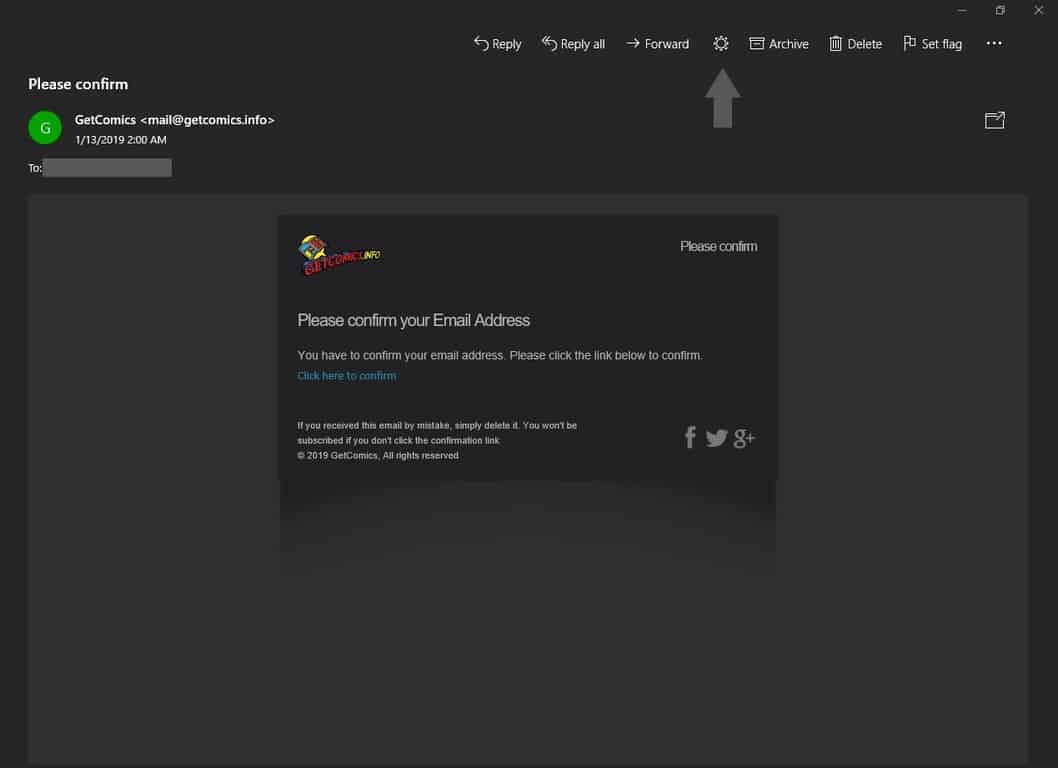 We've now reached the moment when Insiders on the Release Preview Ring should get app updates before Fast Ring and Skip Ahead Insiders. That's because Microsoft has now locked down the inbox apps in the latest 19H1 preview builds ahead of the release of the next major Windows 10 update. In the meantime, Release Preview Insiders can now enjoy a true dark mode in the Windows 10 Mail app.

Classic Baldur’s Gate video games are coming to Xbox One

Play State of Decay for free and test Windows gaming improvements at the same time with latest Windows 10 19H1 build 18334 (Updated: Both Fast and Skip Ahead builds now available)